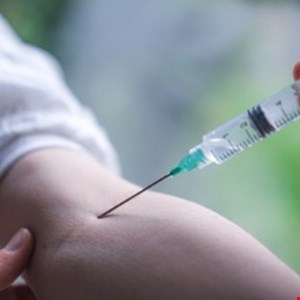 Despite widespread disruption from the coronavirus pandemic, 2020 ended with a glimmer of hope, as scientists successfully developed a vaccine. In early 2021, a number of countries are launching vaccination programs for their populations.

But this important achievement faces a critical threat: the rise of vaccine skepticism. Amid widespread fear and doubt about the vaccine, people may refuse to receive it. As a result, herd immunity will be compromised and the return to normal life delayed. Any further delays will jeopardize the recovery of already fragile economies.

To understand vaccine skepticism, we need to look at social media, which plays a key role. Much of the problem comes from the proliferation of vaccine disinformation, starting long before the coronavirus pandemic began. Bad actors deliberately seed false narratives about vaccines into social media conversations, aiming to exacerbate divisions between groups and create doubt about vaccine safety.

Vaccine-related conspiracy theories have flooded social media since the pandemic reached Western countries in March 2020. Some narratives are outrageous, such as claims that Bill Gates is using the vaccine to implant the global population with GPS tracker microchips. Others revolve around more prosaic concerns about unknown side-effects and rushed testing processes.

2020 was a year of widespread fear, uncertainty, and mistrust of governments. This creates fertile ground for conspiracy theories. People use them to help make sense of an increasingly uncertain world. For some, conspiracy theories provide an explanation for inexplicable events and a sense of regained control. This sense of uncertainty is further heightened by government inconsistency in handling the pandemic.

Notably, countries with populist governments (e.g. Brazil, the UK, and the US) have fared the worst in the pandemic. Research also shows that belief in conspiracy theories is typically more common among those with more extreme political ideologies. For example, QAnon, a prominent pro-Trump conspiracy theory, includes anti-vaccine narratives (such as the one about Bill Gates and microchipping).

First, the design of social media platforms, which exacerbates tribalism and polarization. Inevitably, lockdown means more time is being spent on social media than ever before. Social media users crave those small dopamine hits each time a new notification pops up. People are constantly looking for answers, especially during a confusing and fearful time such as lockdown. For some, conspiracy theories provide those answers, including to questions about vaccinations.

What’s more, when people spend more time on social media, they also spend more time in echo chambers. Echo chambers boost self-esteem by creating a feeling of group membership and providing approval from fellow in-group members. This is powerful, especially in times of uncertainty and isolation. But too much time spent in echo chambers can harden existing attitudes, such as vaccine skepticism, and sow the seeds of new ones.

It may already be too late, as vaccine skepticism has become firmly entrenched in the online conversation. Real-life effects have already been observed, such as a hospital employee who ‘intentionally destroyed’ hundreds of vaccine doses. Large numbers of people are already determined to reject the COVID-19 vaccine. Nevertheless, there are several ways to try to control the fallout by securing the information environment.

Social media platforms have a public responsibility to take a tough stance on vaccine disinformation. That means monitoring discussions on their platforms and being ready to issue immediate takedowns on cases of obvious vaccine-related disinformation. Furthermore, platforms must take measures to stay abreast of coordinated inauthentic behavior around vaccine disinformation. For example, this could look like large numbers of accounts posting repetitive messages expressing doubts about the vaccine. This behavior is known as astroturfing, i.e. attempting to create an artificial appearance of public opinion consensus around a certain issue.

The social media environment will need careful monitoring for these signs of organized interference. Bad actors will aim to exploit this vulnerability to push populations towards more extreme vaccine rejection attitudes. If that happens, there is a risk of widespread refusal to undergo the vaccine. That will obviously compromise public health measures aimed at bringing the pandemic to an end. It’s a fine line to tread. Governments and social media companies should be working in tandem to tackle the problem.

One of the biggest challenges of 2021 will be to separate extreme anti-vax narratives from genuine expressions of concern from people with otherwise moderate views. Raising concerns about unknown side-effects or a ‘rushed’ testing process does not necessarily make someone an anti-vaxxer. Governments will need to find ways of addressing these more mainstream concerns in a way that bolsters trust, while also dealing with the extremes.