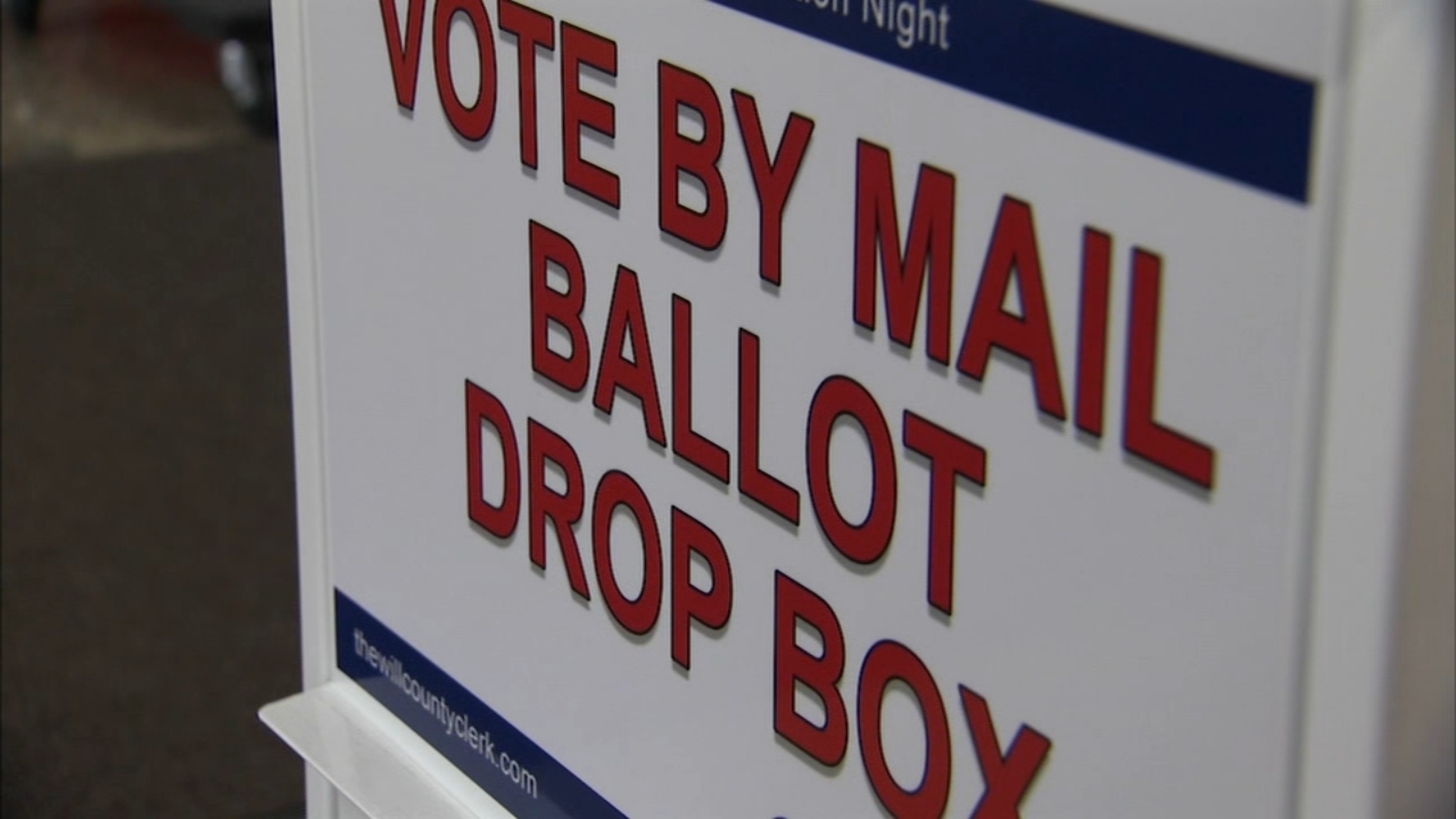 CHICAGO (WLS) — As election season heats up, many voters have reached out to the I-Team with questions about voting in a presidential election during a pandemic — including asking if new voting methods allowed because of COVID-19 are safe and reliable.

The I-Team is looking into new protocols and procedures that are in place for this election and separating fact from fiction so you can make sure your vote counts.

Holding a presidential election during a global pandemic means changes on the campaign trail and a new focus on voter safety and ballot security.

“These aren’t ideal conditions for an election,” Brian Gaines, University of Illinois Political Science Professor, told the I-Team. “I think there are a lot of things that might go wrong and probably will go wrong to some degree somewhere in the country, but it still could turn out that they’re all footnotes and otherwise pretty well run and pretty fairly done.”

“We are dedicated to having people exercise their right to vote. We feel that is the voice of democracy,” said Robin O’Connor, Lake County Clerk.

In north suburban Lake County, election authorities have re-tooled the entire election process for COVID-safety. They’re encouraging “BYOP’ – “Bring Your Own Pen” – to polling places so voters don’t have to share, adding disposable election materials like ballot sleeves and paper styluses for use on touch screens, and opening a huge socially distanced voting super-site at the county fairgrounds.

“What we want it to do is when you walk in to vote, whether it’s early voting or voting on the day, you are going to go through a series of steps and basically not touch anything,” O’Connor said. “We’re taking you through the process as safely as we can.”

“We’ve pretty much left no rock unturned as far as safety on this election,” said Brandon Fuchs, Election Site Coordinator for Lake County.

Vote-by-mail applications are breaking records across Illinois this year compared to previous elections.

Voters can request a mail-in ballot by October 29 and either submit it through the U.S. Postal Service or put it in a secure drop box by Election Day — just make sure you sign your ballot.

FIND NEARBY MAIL-IN BALLOT DROP BOXES IN THE CHICAGO AREA

In Chicago and across Illinois, your mail-in ballot’s status can be tracked either online or by phone — in Chicago it will be updated in real-time — so voters can make sure their votes are received and processed.

“Voting by mail is one of the safest and most secure ways to vote,” said Marisel Hernandez, Chicago Board of Elections Chairwoman. “For the first time in any election in the city of Chicago, we will have secured drop boxes at each of our early voting sites.”

Ballot drop boxes will be staffed by election officials inside early voting locations across the city. Other counties have similar secure and monitored drop off plans.

In-person early voting is another option until November 2. Elections officials say extra COVID-19 safety precautions like sanitizing and social distancing will be in place for people who want to vote in person early or on Election Day.

“We prefer they do it by mail, because every vote that is cast by mail is one less voter who’s going to enter a polling place in person. But if you’re not going to do that, get in there as early as you can,” said Matt Dietrich Illinois Board of Elections Spokesman.

Election officials say they’re working to eliminate vote-by-mail conspiracy theories fueled by social media, such as unfounded claims that voting by mail options could lead to double voting. Experts say there’s no way for anyone’s vote to be counted twice — once by mail and then in person — because of ballot-tracking measures that have been put in place.

“You’re not going to vote twice because whichever vote is received and recorded first is the vote that’s going to count,” said Dietrich.

Signatures on ballots will be compared to registrations and if there are any problems with the ballot, election authorities will contact voters to follow-up.

“When you have a big push for vote by mail, you’re also opening up a brand new topic that is just ripe for misinformation,” said Dietrich. “This election season, every State’s Attorney, every county clerk is going to be on heightened alert to people trying to do these kind of tricks.”

With Election Day a state holiday this year, unoccupied schools and other larger venues are being used as polling places for maximum social distancing.

KEY ELECTION DATES FROM THE LEAGUE OF WOMEN VOTERS OF ILLINOIS

Sunday, October 18, 2020
Last day for voters to register to vote through the State Board of Elections website.