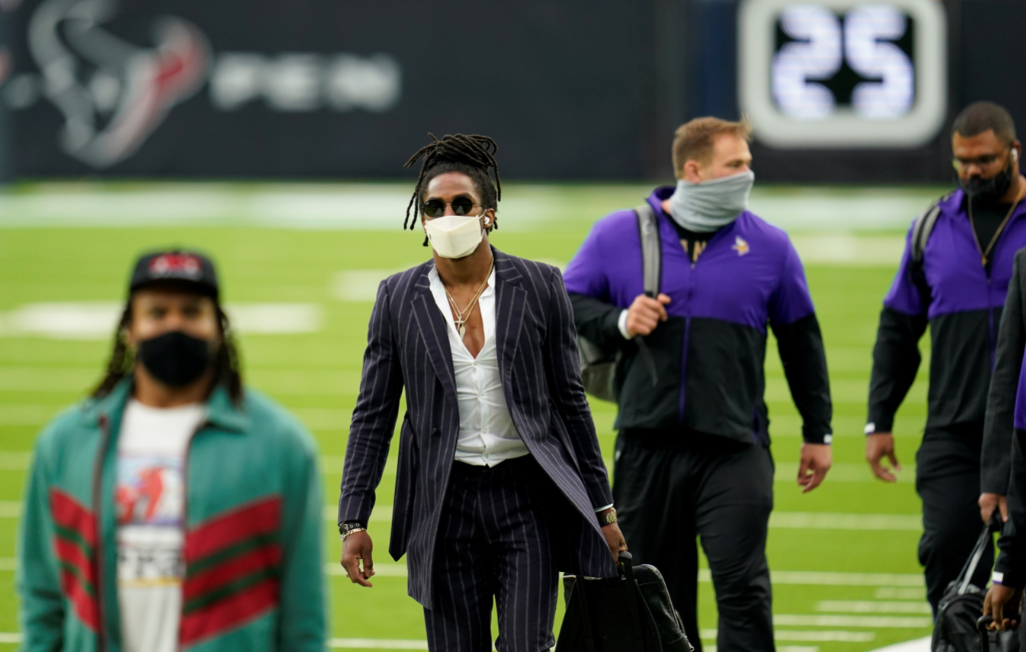 HOUSTON — Having made it through seven days of COVID-19 tests since their game against the Titans — including the league’s first round of rapid point-of-care tests on Sunday morning — the Vikings are set to play their fourth game of the regular season against the Texans in Houston today.

A NFL source said early Saturday morning the Vikings’ PCR tests  returned no positive results for the sixth straight day, after a spate of positive COVID tests from the Titans forced the Vikings to close their facility for two days this week.

Tennessee, which beat the Vikings 31-30 at U.S. Bank Stadium last Sunday, now reportedly has 10 players and 10 staff members who have tested positive for the virus. A positive test for Patriots quarterback Cam Newton and Chiefs practice squad QB Jordan Ta’amu caused the league to delay the game between the two teams until Monday, but the Vikings and Texans’ game has remained on schedule.

While it remains possible the Vikings could produce a positive test as a result of their exposure to the Titans last Sunday, team infection control officer Eric Sugarman said this week that the “sweet spot” for positive test results would be from Thursday to Saturday following the Titans game, indicating the Vikings would have some measure of clarity if they made it through that incubation period without any COVID-19 cases. The fact they’ve done so means they can head into NRG Stadium with cautious optimism about their health as it relates to possible exposure from the Titans last week.

The Vikings had ruled out cornerback Mike Hughes for the second straight game because of a neck injury, and had downgraded cornerback Kris Boyd (hamstring) and wide receiver Tajae Sharpe (illness) to out on Saturday. Tackle Oli Udoh, who missed time during Thursday’s practice with a finger injury, is also among the Vikings’ inactives for the game.

Here is the Vikings’ full list of inactives for Sunday’s game: