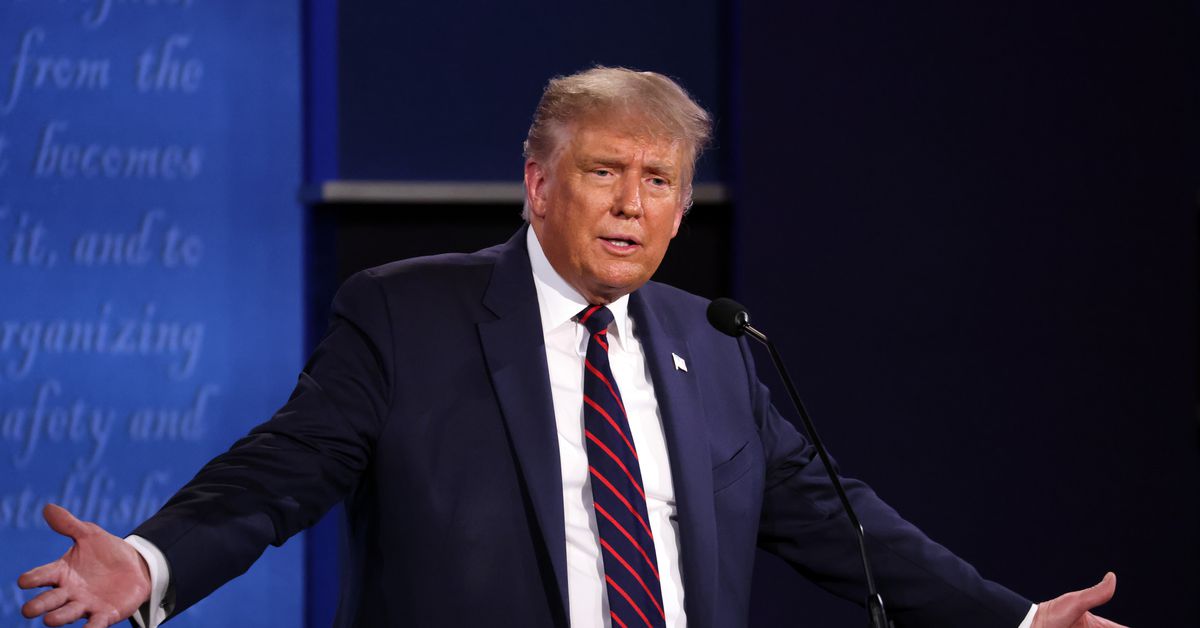 At the first presidential debate of the 2020 general election, President Donald Trump tried to reassure viewers about his Covid-19 response by promising that he’s ready to distribute a vaccine: “We have the military all set up. Logistically, they’re all set up. We have our military that delivers soldiers, and they can do 200,000 a day. They’re going to be delivering the vaccine.”

In reality, this would be a paltry amount of vaccine distribution. At a rate of 200,000 vaccinations a day, it’d take more than 1,650 days — nearly five years — to vaccinate the entire country. If everyone needs two doses, which could be the case with the first generation of vaccines, it would take more than nine years.

Presumably, Trump was saying the military would play a supplementary role to other efforts, with hospitals, family physicians, pharmacies, and others distributing the vaccine alongside the military. But if the military piece is really the highlight of Trump’s plan, the math shows it’s so little it shouldn’t reassure anyone.

If you talk to experts, including some within the Trump administration, they disagree with Trump’s assessment across the board. It’s possible, even likely, that we’ll get a vaccine by the end of the year, but October is far too soon for the ongoing, necessary trials to conclude, with November or December much more likely.

Even once a vaccine is approved by federal regulators and made available, supply will be limited. And the distribution process will likely be extremely difficult and slow for the first generation of vaccines. (One of the big challenges: One of the leading vaccine candidates in the US must be kept at temperatures as low as -94 degrees Fahrenheit, which requires freezing equipment that even some advanced facilities don’t have.)

That’s why many experts believe the vaccination process could take well into 2021 — and potentially 2022 or 2023. That means the Covid-19 pandemic could be with us for up to years, even after if we get a vaccine, and could remain a significant problem until the next round of elections.

Covid-19 “will continue to come up as an issue in the next midterms,” Ashish Jha, dean of the Brown University School of Public Health, previously told me. “It’s not going away.”

It would be one thing if Trump had done anything to assure the American public that he has the pandemic under control. Maybe that would have earned him some faith in how he and his administration will roll out a vaccine.

But Trump has done the opposite, repeatedly blundering his response to the coronavirus: He’s deliberately downplayed the pandemic, demanded states reopen too quickly, punted problems with testing and tracing down to local and state governments with more limited resources than the federal government, mocked masks, and tried to politicize public health institutions instead of letting science lead the response.

As a result, America has more than 200,000 deaths from Covid-19 — by far the highest recorded death toll in the world. When controlling for population, the US hasn’t had the highest death rate for Covid-19, but it’s among the top 20 percent of developed nations, and has seven times the death rate of the median developed country. If the US had the same Covid-19 death rate as, say, Canada, more than 120,000 more Americans would likely be alive today.

Trump, however, has repeatedly refused to admit any fault or culpability. That continued at last night’s debate, in which he tried to shift blame: “It’s China’s fault. It should have never happened. They stopped it from going in, but it was China’s fault.”