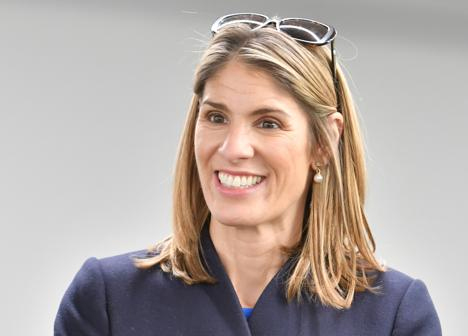 BOSTON – Arguing U.S. Senate Republicans have not yet offered a viable deal for a COVID-19 relief package, three U.S. House Democrats from New England, including Lori Trahan of Westford, called on their Republican colleagues in the upper chamber Thursday to sit down at the negotiating table and work towards passing federal aid.

Prospects for U.S. House and Senate lawmakers to come to an agreement on another COVID-19 relief package that includes aid to state and local governments and an additional round of direct payments before the election reportedly look slim. And with the death of Justice Ruth Bader Ginsburg this past Friday, much of the national political attention is focused on who President Donald Trump will nominate to fill her seat and the vetting of that nominee.

On Beacon Hill, state budget writers have been holding out for more federal aid before writing a budget for the fiscal year that began on July 1. Some of the wheels are starting to turn for the unusually late fiscal 2021 budget process as three of the top budget chiefs in the State House plan to meet on Oct. 7 to receive an update on the state’s fiscal health.

Trahan and U.S. Reps. David Cicilline of Rhode Island and Jim Himes of Connecticut held a virtual press conference on Thursday to publicly press the Senate to act on the HEROES Act, a $3.4 trillion relief package that would provide more than $1 trillion to state and local governments. The House passed the bill in May, but critics have knocked its high price tag and suggested other options.

Senate Republicans attempted to pass their own $650 billion spending package on Sept. 10 but ultimately came short of the 60 votes required to pass the legislation. With negotiations stalling in Washington, Trahan said the Senate and the Trump administration have “not proven that they care about the American people.”

“They have not come to the table with a viable package to sending relief back to American people, families who are struggling,” she said during the press conference. “They’re more interested in appointing judges and this power grab than they are in our lives and our livelihoods.”

Trahan said the U.S. owes it to those who have died from COVID-19 to prevent more suffering, noting that the virus has now killed more than 200,000 Americans, including 9,347 Massachusetts residents.

The Senate GOP relief bill provides money for small businesses and $300 weekly unemployment benefits. The proposal did not include more stimulus checks or money for cities and states, a key factor Beacon Hill lawmakers said they need to consider before crafting a fiscal 2021 budget.

Cicilline, also the Democratic Policy and Communications Committee chair, said defeating the virus is key to reopening the U.S. economy and putting people back to work. He said the HEROES Act would help families with direct payments of up to $6,000 and expand unemployment insurance in Rhode Island for over 98,000 residents.

“House Democrats are at the table, we are ready and willing to negotiate. We are calling on the Senate to sit down with us and work together to get something done,” he said. “We need to honor those we’ve lost by doing everything we can to save the lives of all that we represent.”

“We’ll see,” he said. “We’ll get that number in due course. I’m just saying: Let’s be smart about some of these assistance measures.”

In Massachusetts, government has been operating on interim budgets intended to keep the state functioning for until a full budget is tackled. The latest interim budget expires at the end of October.

Trahan said U.S. senators must contend with addressing all the needs of households, communities, and health care infrastructures when thinking of additional relief money.

“We’re looking at state and local governments that are experiencing budget shortfalls that they can’t manage at a time when they’re being asked to do more,” she said. “I don’t really want to hear the administration or the Senate Republicans talk about their whole of government response. What I want them to consider is the plight of our families and our workers and how they need to have a response to contend with the suffering and the harm that’s been done.”

Cicilline said he understands the need to compromise with Senate Republicans to provide aid to municipalities, states, businesses, and critical services.

“Our hospital workers, our police officers, firefighters, first responders, sanitation workers, states and cities that have been following good public health guidance have essentially shut down their economies,” he said. “And so they’re facing devastating loss of revenue. And if we don’t provide some support through state and local aid, we’re going to see massive layoffs. So in the middle of a â€¦ pandemic, you’re going to see layoffs and a reduction of critical services.”