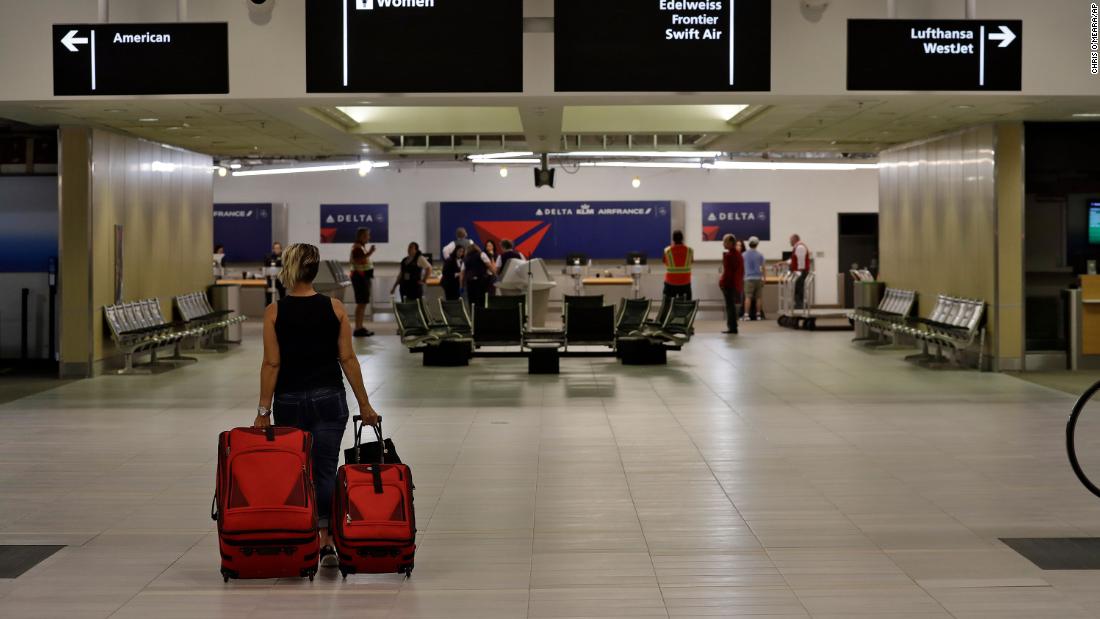 (CNN) — Passengers going through one Florida airport will soon have the opportunity to take a Covid-19 test.

Florida’s Tampa International Airport is launching the new program, and says it’s the first airport in the country to offer both PCR tests and rapid antigen tests to all flyers. The tests will be available for any arriving or departing passenger, John Tiliacos, executive vice president of operations and customer service for the airport said in an online news release.

Testing services will be offered on a walk-in basis from Thursday, October 1 to October 31.

On Tuesday, Florida reported a spike in new coronavirus cases, just days after the Gov. Ron DeSantis signed an executive order allowing restaurants and bars to operate at full capacity. New cases surged to 3,266 from the 738 reported Monday, according to the state’s health department — the highest one-day number since September 19.
“We’re going to build confidence on the part of the traveling public, by giving them an opportunity to have a test done right here at the airport before they get on a flight,” airport CEO Joe Lopano said during a press conference Tuesday.

“This is the only airport in the whole country that is doing these tests for anybody, going to any destination, on any airline, only TPA is doing this and we hope others will follow. Testing is the key to getting people back to travel.”

According to Tiliacos, testing will be available every day from 8 a.m. to 2 p.m. and will be open to all ticketed passengers who are flying or have flown within three days and can show proof of travel. The PCR test will cost $125 and the antigen test will cost $57.

Tests will be administered by BayCare nurses and medical professionals, and passengers have the option of receiving the PCR test with results within 48 hours or the rapid antigen test that gives passengers results within 15 minutes, Tiliacos said.

“This is about taking a bold step to restarting air travel. This is about instilling even greater confidence in the flying public, and frankly it’s about breathing life back into our industry that is very badly needed right now,” Tiliacos added.

American Airlines also plans to offer Covid-19 testing, initially for flyers traveling to Caribbean destinations, including Jamaica and The Bahamas. The airline intends to expand the program to other markets in the near future, according to an online statement released Tuesday.

The initial testing program for Jamaica will start at Miami International Airport in October and the airline is working with The Bahamas and CARICOM (The Caribbean Community) to expand the program across the Caribbean, according to the release.

Preflight testing will also be available soon from Dallas-Forth Worth International to Hawaii.