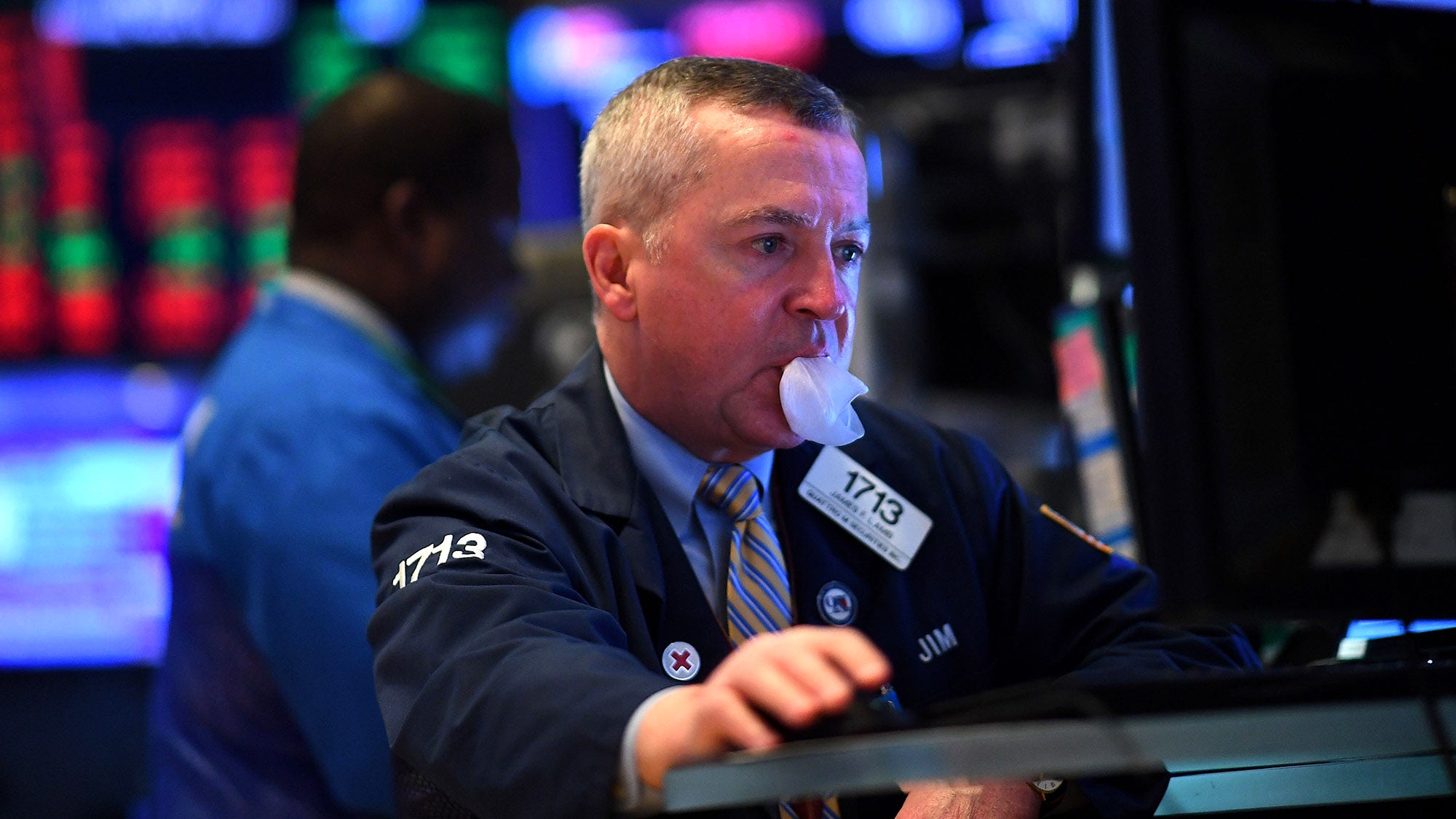 U.S. equity markets were lower Friday and on track to extend their weekly losing streak to four as the House works toward a COVID-19 stimulus package.

The early selling pushed all three of the major averages deeper into the red for the week, as the Nasdaq was already off 1.1% while the S&P 500 and the Dow were weaker by 2.2% and 3%, respectively.

The early selling comes as House Democrats work on a $2.3 trillion package that would include direct payments to individuals. While the plan is more expensive than what Republicans have called for, Treasury Secretary Steven Mnuchin said on Thursday he was ready to restart negotiations with House Speaker Nancy Pelosi.

Looking at stocks, big-cap tech — including Apple Inc., Amazon Inc. and Microsoft Corp., which have steered the markets’ direction over the last several weeks — remain in focus as they look to recover from bruising September selloffs that have pushed them into correction territory, down at least 10% from their peaks.

Elsewhere, Novavax Inc. has launched its late-stage COVID-19 vaccine trial in the U.K. The trial is expected to last up to six weeks.

European regulators gave AstraZeneca PLC partial immunity over side effects from its experimental COVID-19 vaccine after agreeing to a low price, according to Reuters.

Boeing Co.’s grounded 737 Max jet could return to service before the end of this year, Europe’s top regulator said Friday, echoing comments made last week by the Federal Aviation Administration. The jet was grounded in March 2019, following two crashes that killed everyone on board.

Looking at earnings, Costco Wholesale Corp. beat on both the top and bottom lines amid a 91% surge in digital orders.

Cruise operators Carnival Corp., Norwegian Cruise Line Holdings and Royal Caribbean Group were all upgraded to “overweight” at Barclays because of their attractiveness from a risk/reward standpoint. The firm expects the Centers for Disease Control and Prevention (CDC) to discuss when ships may be allowed to once again set sail.

Economic data was light with durable goods orders rising 0.4% month-over-month in August, but missing the 1.5% increase that analysts surveyed by Refinitiv were expecting.

U.S. Treasurys were little changed as the yield on the 10-year note held near 0.66%.