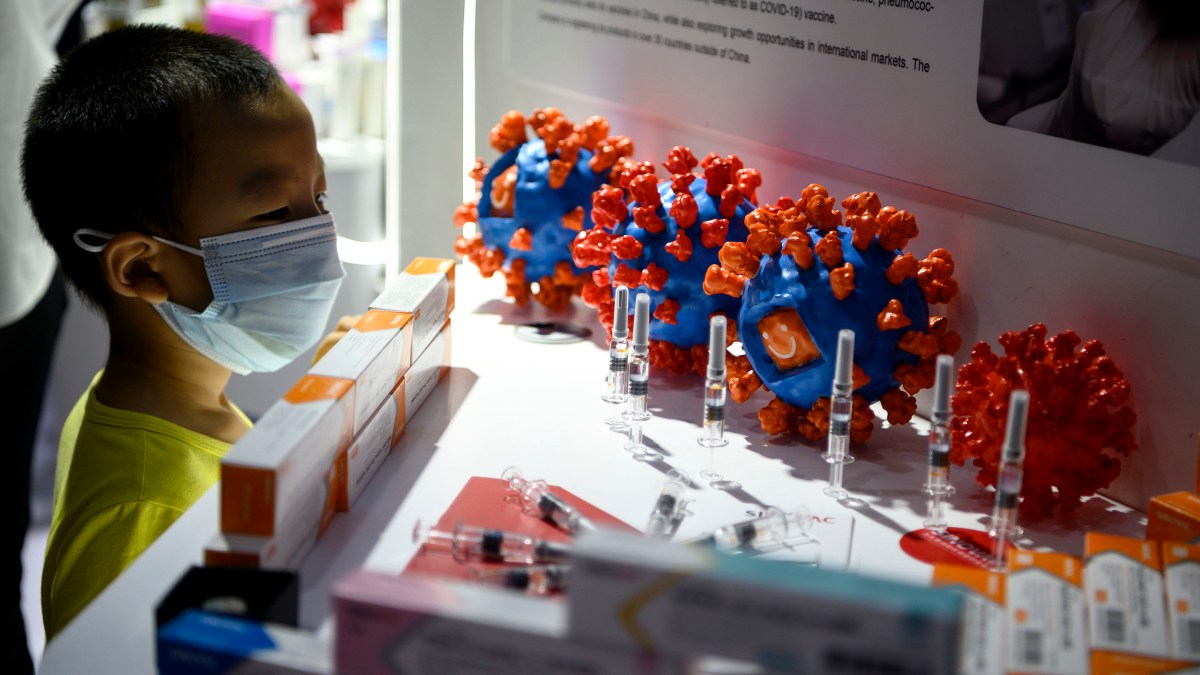 According to news reports, the FDA wanted new, stricter rules for coronavirus vaccines but that the White House blocked this, saying there was no medical reason. The tougher rules regulators wanted very likely would have meant no vaccine approvals before the election.

And there’s a new global analysis suggesting the first approved vaccines might not come until later still, perhaps next spring. Marketplace’s Nova Safo has the latest, and he spoke with “Marketplace Morning Report” host David Brancaccio. The following is an edited transcript of their conversation.

David Brancaccio: Where is this estimate of a vaccine timeline coming from and what does it say specifically?

Nova Safo: It’s coming from a group that takes a more global view of the pandemic and is looking at stringent vaccine approval standards. The Center for Global Development, which is a think tank, did some mathematical modeling and combined that with expert interviews. It came up with a 50% chance of at least one vaccine by April of next year — a vaccine that’s deemed safe and effective. It says there’s an 85% chance of a vaccine by end of 2021.

I spoke this morning with Anthony McDonnell, senior policy analyst at the Center for Global Development, about why it will take that long.

Anthony McDonnell: It takes a very long time to collect data on the 30,000-plus people that you need to run through clinical trial. And if you want to have six months worth of safety data on your vaccine, you need to vaccinate people and wait for six months.

Safo: The New York Times says that the FDA wants a two-month median follow-up time for current trials. That’s reportedly not been approved yet.

Brancaccio: We know that vaccine approval is just the first step — there’s a logistics operation that comes after. How long is manufacturing enough vaccines for everyone projected to take?

Safo: McDonnell told me there is enough vaccine manufacturing capacity globally. But there is a catch.

McDonnell: The slow thing is that you have to redesign factories such that they can make these products and that can take up to a year, 18 months before you get factories ready to start making vaccines at really large scale.

Safo: He says if we get multiple vaccines approved, that could speed up production.

Brancaccio: Is there modeling on how a longer timeline for a vaccine might impact the economy?

Safo: For that we turn to the Organization for Economic Cooperation and Development — it’s assuming that there won’t be widespread deployment of a vaccine until the end of next year, and with that, expects the global economy to grow by 5% and the U.S. economy to grow by 4%. That won’t take us back to the pre-pandemic trajectory we were on, but it’s better than previously forecast.

Yes. There is no way to know exactly how many people have been waiting for months and are still not getting unemployment, because states do not have a good system in place for tracking that kind of data, according to Andrew Stettner of The Century Foundation. But by his own calculations, only about 60% of people who have applied for benefits are currently receiving them. That means there are millions still waiting. Read more here on what they are doing about it.

Are we going to see another wave of grocery store shortages?

Well, public health officials are warning that we could see a second wave of the virus before the end of the year. And this time retailers want to be prepared if there’s high demand for certain products. But they can’t rely totally on predictive modeling. People’s shopping habits have ebbed and flowed depending on the state of COVID-19 cases or lockdowns. So, grocers are going to have to trust their guts.

What’s going to happen to retailers, especially with the holiday shopping season approaching?

A report out Tuesday from the accounting consultancy BDO USA said 29 big retailers filed for bankruptcy protection through August. And if bankruptcies continue at that pace, the number could rival the bankruptcies of 2010, after the Great Recession. For retailers, the last three months of this year will be even more critical than usual for their survival as they look for some hope around the holidays.

As a nonprofit news organization, our future depends on listeners like you who believe in the power of public service journalism.

Your investment in Marketplace helps us remain paywall-free and ensures everyone has access to trustworthy, unbiased news and information, regardless of their ability to pay.

Donate today — in any amount — to become a Marketplace Investor. Now more than ever, your commitment makes a difference.