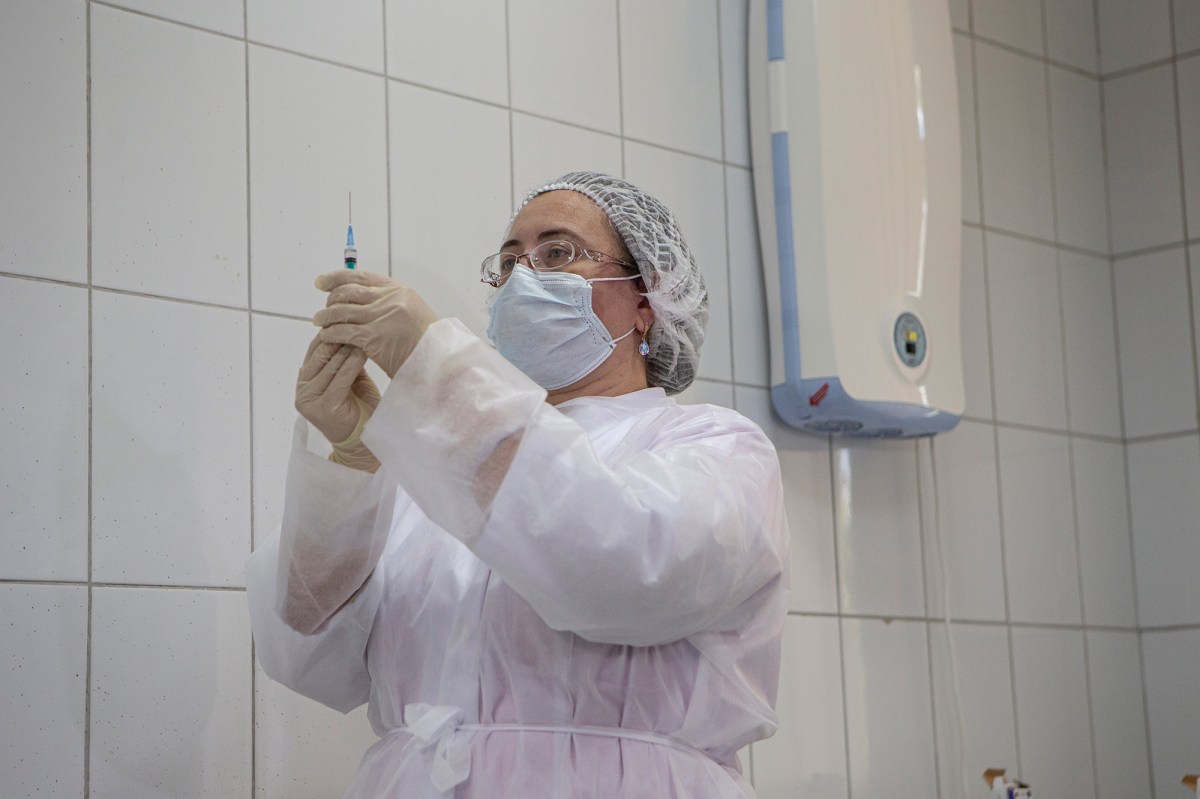 Scientists behind Russia’s coronavirus vaccine jumped at the opportunity to tout their new inoculation after President Trump’s diagnosis with the illness, according to a report.

“Now would be a good time for the US to seriously consider the Russian vaccine to defend themselves against COVID-19,” Vladimir Gushchin, head of the lab where the Sputnik-V vaccine was developed, told CNN.

“Trump would not be in this situation if he’d been vaccinated with Sputnik-V,” he claimed.

Alexander Gintsburg, director of the Moscow-based Gamaleya Institute, told state news outlet RIA-Novosti that Russia was ready to assist the US if asked.

“I think that if they officially turn to Russian authorities, we will be able to help them,” Gintsburg told RIA, according to CNN.

Although he expects the US will be able to take care of Trump, the nation’s top virologist said it would have been good to have vaccinated the president with the Russian vaccine.

Critics have expressed concerns about the safety and effectiveness of Sputnik-V, which Moscow fast-tracked before phase 3 human trials.

Russia licensed the two-shot inoculation for domestic use in August — the first country to do so and before any data had been published.

Some Western experts had warned against the use of Sputnik-V — an homage to the Soviet Union’s first orbital satellite in 1957 — until all internationally accepted testing and regulatory steps have been completed.

Last month, the vaccine produced an antibody response in all participants without “serious adverse effects,” according to results published by The Lancet medical journal.

Meanwhile, Gintsburg insisted that Moscow powered through with developing the vaccine to give people hope and not due to political pressure, adding that promising results led to its approval even before widespread human testing.

“It gave people a choice to either protect themselves or play roulette with a pathogen — will you get infected or not, will you die or not?” Gintsburg told CNN.

“We do not have direct communication with the Kremlin, it does not give any orders to us. The only link to the Kremlin [we have] is Putin Vladimir Vladimirovich’s portrait in my cabinet,” Gintsburg said, chuckling, referring to a photo of a younger Vladimir Putin in his office.

“Our task is to isolate this pathogen and to defeat it, which is exactly what we are doing now. And, as we all very well know, it can only be defeated with the help of vaccination,” he added.