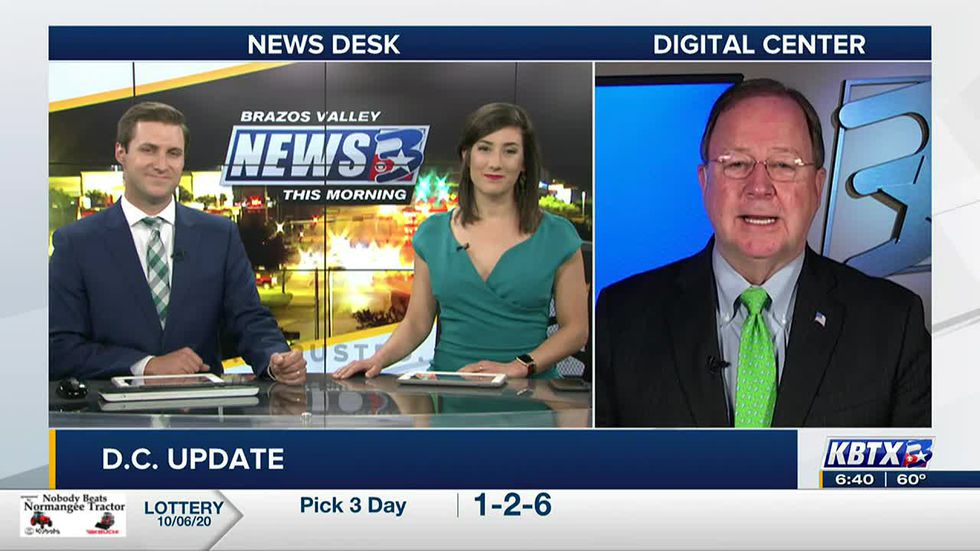 BRYAN, Texas (KBTX) – President Donald Trump is back in the White House after he was diagnosed with COVID-19. He’s been seen multiple times without a mask since his return. He’s also continued to downplay the virus.

Congressman Bill Flores joined BVTM live Wednesday morning to address the president’s behavior. “If you look at it, the times he’s taken the mask off he’s socially distant pursuant to CDC guidelines that all of us are trying to follow and he doesn’t have anyone close to him. I know some members of the media are trying to make a big deal out of oh, he took his mask off. Well it’s ok to take your mask off if you’re not within, if you’re outside 6 feet of people.”

“This is another partisan messaging bill. I don’t support QAnon. Let me put it this way, let me put it in stronger terms. I condemn QAnon, I condemn every right-wing extremist group and I condemn every left-wing extremist group. What you don’t see today on the floor are bills to condemn all extremism. Whether it’s Antifa, QAnon, or everyone in the middle. All that’s being ignored. So Pelosi is just putting these partisan messaging bills so I’ve decided I’m going to vote against every bill that is taking the place and time that should be spent voting on a COVID relief bill.”