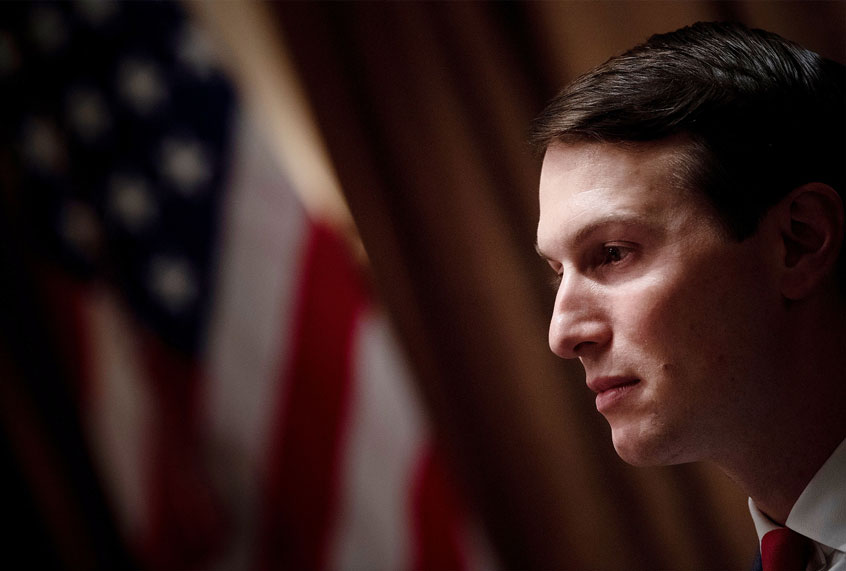 Jared Kushner resisted taking a role in fighting the coronavirus pandemic from the very beginning, according to a new report about the White House response.

A bipartisan group of heavy hitters and business leaders met March 20 at the Federal Emergency Management Agency to discuss how to make and distribute personal protective equipment, and certain government officials urged them to return the next day to meet with President Donald Trump’s son-in-law and senior White House adviser, reported Vanity Fair.

“The federal government is not going to lead this response,” Kushner told the group at the start of the meeting, seated in a chair taller than the others around the conference table. “It’s up to the states to figure out what they want to do.”

Kushner had formed a “shadow task force” that ran parallel to one led by Vice President Mike Pence, and private sector representatives had pledged to produce PPEs if the federal government promised to buy them, and they wanted the president to invoke the Defense Production Act to make that happen quickly.

“We were all saying, ‘Mr. Kushner, if you want to fix this problem for PPE and ventilators, there’s a path to do it, but you have to make a policy change,'” recalled one person who attended the meeting.

Kushner got “very aggressive” and insisted they didn’t understand how government worked as well as he did, although that attendee said his arguments “made no sense.”

“It felt like Kushner was the president,” that person said. “He sat in the chair and he was clearly making the decisions.”

One attendee told Kushner that Americans were bidding against each other for the limited supply of PPE, and that person explained that businesses that wanted to help were looking for leadership from the federal government.

“Free markets will solve this,” Kushner replied. “That is not the role of government.”

That same person agreed that open markets could solve many problems, but he said the system was breaking under the crisis, pointing to a CNN report about New York Gov. Andrew Cuomo’s desperation for supplies.

“That’s the CNN bullsh*t,” Kushner told that person. “They lie.”

Another attendee said that prompted a rant by Kushner against the Democratic governor.

“Cuomo didn’t pound the phones hard enough to get PPE for his state,” Kushner said. “His people are going to suffer and that’s their problem.”

Other attendees were shocked and alarmed.

“That’s when I was like, we’re screwed,” an attendee said.