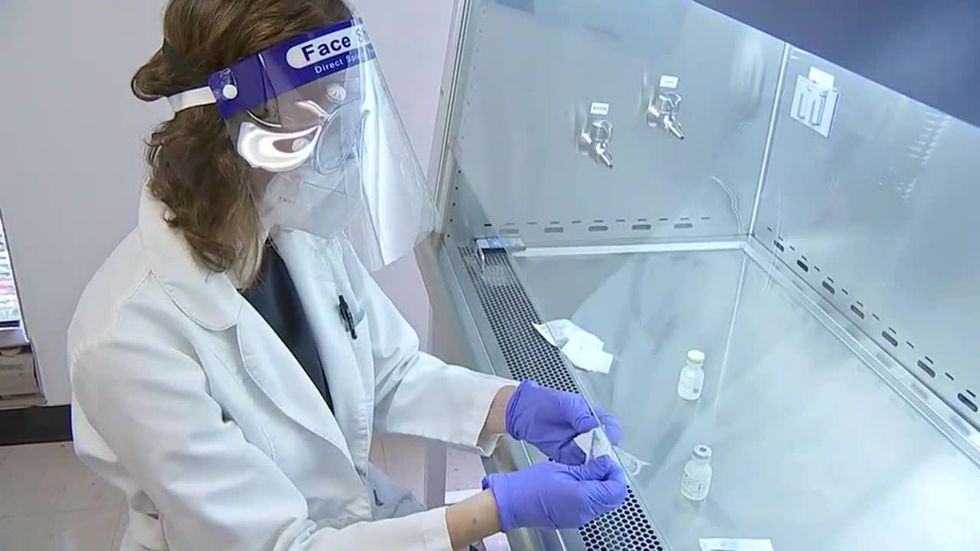 LINCOLN, Neb. (KOLN) – The Trump administration says a vaccine for COVID-19 could come as soon as the end of the year, but a vaccine can’t happen without clinical trials. Some of those trials are happening right here in Nebraska.

Across the country, tens of thousands of people are helping make sure any possible vaccines are safe and effective.

There are five companies in Phase Three of trials. Dr. David Crouse said that means the test groups are larger than Phases One and Two, the vaccines are safer and are one step closer to hitting the market.

“Once a vaccine has made it to Phase Three, they aren’t looking as much at the safety, because they’ve tested for that already in previous phases,” Dr. Crouse, president of Nebraska Coalition for Lifesaving Cures, said. “By this point, they’re really looking to see if this vaccine is going to have an impact in the community. The larger the group of people they test, the easier it will be to detect even slight differences in effectiveness.”

Amanda McGill Johnson is participating in a clinical trial with Meridian Clinical Research in Omaha. She doesn’t know if she was given the actual vaccine that is being tested, or if she received a placebo.

“I think like a lot of people, I just felt helpless during the pandemic, but I’m the type of person who wants to do something proactive to make the situation better if possible,” McGill Johnson said.

McGill Johnson is also the executive director of Nebraska Coalition for Lifesaving Cures. She said she hears a lot of misinformation about vaccines in her line of work.

McGill Johnson said there are reasons for the sped-up nature of the process.

“A lot of it comes down to resources and money,” McGill Johnson said. “The federal government has invested a lot of money into finding a vaccine for this, so research can be sped up, they can test more people and do it quickly, and it also is due to the fact that we have new technology that helps speed up this research process.”

“I think people are worried the administration wants to push through a vaccine before it’s ready, and that the FDA and CDC will cave to that political pressure and push out a vaccine that’s not safe,” Crouse said. “But, I truly believe that if the CDC says something is safe and effective, and if Dr. Fauci says the trials are complete and valid and the vaccine is safe, I have no problem trusting it.”

Crouse said he estimates a vaccine could be available to the general public as early as next summer, but likely not before then.

McGill Johnson said some trials are being delayed because the trial pool is not diverse enough.

“I think there’s this mindset of, ‘We really cannot mess this up,’” McGill Johnson said. “The whole world is coming together to try and create this vaccine and we want to make sure it’s as safe and effective as possible.”

She said the way to help is by volunteering to participate. Trials are healthy people of all ages, races, and genders.

“The big thing I hear is just general vaccine hesitancy,” McGill Johnson. “People say ‘Will this really be safe when it gets here?’ Well, we’re not going to know that unless people participate in clinical trials and if the participants are diverse so people of all races can think, ‘Ok this is going to work for me.”

If you don’t feel comfortable participating in a COVID-19 vaccine trial, McGill Johnson suggests finding other vaccine trials in the future to participate in.