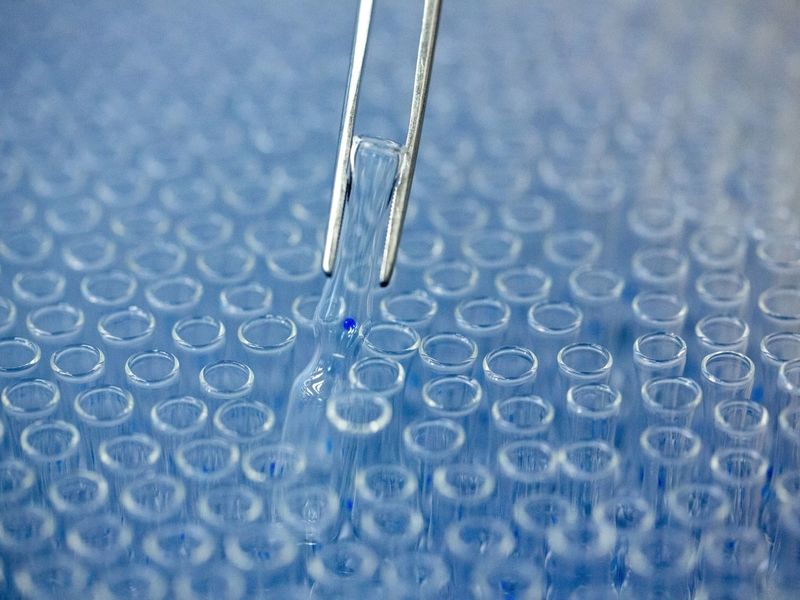 In the race for a COVID-19 vaccine, researchers are recruiting in metro Detroit in hopes of addressing a problem that affects much medical research.

One of the criticisms of the fast-tracked COVID-19 vaccine trials is that research tests usually have low participation among people of color, a fact that disturbs doctors and civic leaders and could lead to a greater mistrust about the effectiveness of the coming coronavirus vaccine.

Sullivan said that distrust goes back to the infamous 40-year Tuskegee syphilis study, which ended in 1972, where treatment for syphilis was intentionally withheld from African American men and their families.

“It is an outgrowth from the institution of slavery,” said Sullivan, a neurologist at Mercy Health in Grand Rapids. “Those scars and the remembrance is still there. It fosters distrust to be involved in clinical trials because it feels to many like experimentation.”

Minority representation in coronavirus trials, which are trying to push the limit on speed in scientific research, has been low, while incidence of the disease in minority communities, including majority-Black Detroit, has been high.

Sullivan pointed out that a Phase 2 trial for the COVID-19 antiviral remdesivir by Gilead Sciences had only 11 percent minority participation, when minorities are infected by coronavirus by about 48 percent, depending on the state or county, according to the Centers for Disease Control and Prevention.

Jay Jagannathan, a neurosurgeon in Detroit, said vaccine research requires a representative cross section of racial groups to rule out dangerous side effects.

“You don’t want the vaccine to cause more problems than the disease,” Jagannathan said. “It’s good the University of Michigan and Henry Ford (Health System) are recruiting. They will have a good cross section of the communities.”

One of the reasons Moderna selected Henry Ford Health System as a vaccine test site was its historic relationship with the Black community in Detroit.

“We have been given recognition for diversity of practice participants that we have participating in the Detroit area,” said Paul Kilgore, M.D., a Henry Ford researcher, adding there are multiple reasons why a test site is selected, including technical expertise, ability to follow subjects and a diverse patient population.

Kilgore said Henry Ford has been recruiting heavily among potential Black participants and other minorities. He declined to provide Crain’s with minority participation in its portion of the study, citing Moderna rules. Moderna said of the nearly 24,000 subjects enrolled nationally, 27 percent are members of minority groups.

N. Charles Anderson, CEO of the Urban League of Detroit and Southeast Michigan, said he hasn’t seen or heard much outreach or recruitment in the Black community for the coronavirus trials.

“If you are leaving no stone unturned, I would think an organization like ours might have been approached, but we weren’t,” said Anderson, who is a past director on the Henry Ford board.

While Anderson acknowledged he is not a health professional, he said he would be reluctant to advocate for participation in vaccine trials.

“The African American community is disproportionately affected by coronavirus. Just receiving the vaccine could cause further harm if you are involved in a trial. You don’t know just what the outcomes are going to be,” said Anderson, adding: “I got a flu shot two or three weeks ago, but I am nowhere ready to receive a (COVID-19) vaccine.”

Besides the historic problems with medical research, Anderson said a major problem causing further public confusion and distrust appears to be interference by political leaders in the COVID-19 response and vaccine research.

“It is not easy to trust what is coming out of the CDC when a medical professional (CDC Director Robert Redfield) tries his best to be even keel and at the same time someone who is trying to get re-elected (President Donald Trump) is playing a role in pushing the CDC and the FDA to approve a vaccine,” Anderson said.

“We need more people of color to be part of the study, and Pfizer recognized that,” Katzman said.

One of the reasons experts are calling for more minority participation in the studies is that minorities are hospitalized for COVID-19 at four to five times the rate of non-Hispanic white people, according to the Centers for Disease Control and Prevention.

Black people have died of the virus at nearly 2.5 times the rate of white people, according to the COVID Racial Data Tracker.

Micah Foster, GRAAHI’s executive director, said vaccine development requires high participation for those populations hardest hit by COVID-19 so they feel trust in the vaccines’ safety when they are ultimately released.

“We don’t have as much problems with specific research in Michigan as we do for more global concerns to make sure we lower the socioeconomic barriers to participation as much as we can,” Foster said.

Polls show that Black people are less trusting of medical research than white or Hispanic people, including when it comes to vaccines.

A survey taken in May found that 54 percent of Black adults said they definitely or probably would get a COVID-19 vaccine, compared with 74 percent of white and Hispanic adults, said the Pew Research Center.

But the most recent survey by Pew found that only 32 percent of Black adults said they would definitely or probably would get the coronavirus vaccine compared with 52 percent of white adults. On average, about 55 percent of the population gets an annual flu shot.

Overall, Pew said 49 percent of Americans would refuse to get the coronavirus vaccine. The survey, taken on 10,093 American adults from Sept. 8 through Sept. 13, was a decline from 72 percent overall in a May survey, a 21 percentage point drop.

Of those surveyed by Pew, 78 percent believe the vaccine development process has been too hasty.

National Institutes of Health data for 2019 shows that 30 percent of participants in federally funded research identified themselves as racial or ethnic minorities, including 16 percent Black, 9 percent Hispanic, 3 percent Asian, and 1 percent American Indian or Alaska Native.

Sullivan said another problem in recruiting African Americans is the low numbers of Black physicians practicing in the U.S. Personal physicians usually play a major role in recruiting people for clinical trials.

“Detroit has more access to African American doctors, so it will be a good place to recruit. People might be more comfortable when part of a larger group,” Sullivan said.

In the mid-1990s, Sullivan was involved in a research project involving Parkinson’s disease. “We agreed to do a trial and recruit African Americans because the drug affects Blacks differently. We got Muhammad Ali to endorse the concept of clinical trials, and it helped quite a bit,” he said.

Daniel Kaul, M.D., a vaccine researcher and infectious disease doctor with Michigan Medicine, said the Ann Arbor-based health system reached out to the minority population through social media and especially in the Ypsilanti community to participate in the AstraZeneca study.

Besides distrust, barriers such as transportation, easy access to test sites and unpaid time off from work, sometimes affect minority participation in research, experts said.

“Whenever I have conversations with people (about volunteering in a clinical trial) I say it is important for us to be represented so these medicines are applicable to our community,” Foster said. “We need to get over these traumatic events that each one of us carries in our psyche, because there are built-in safeguards now to prevent abuses like have happened in the past.”