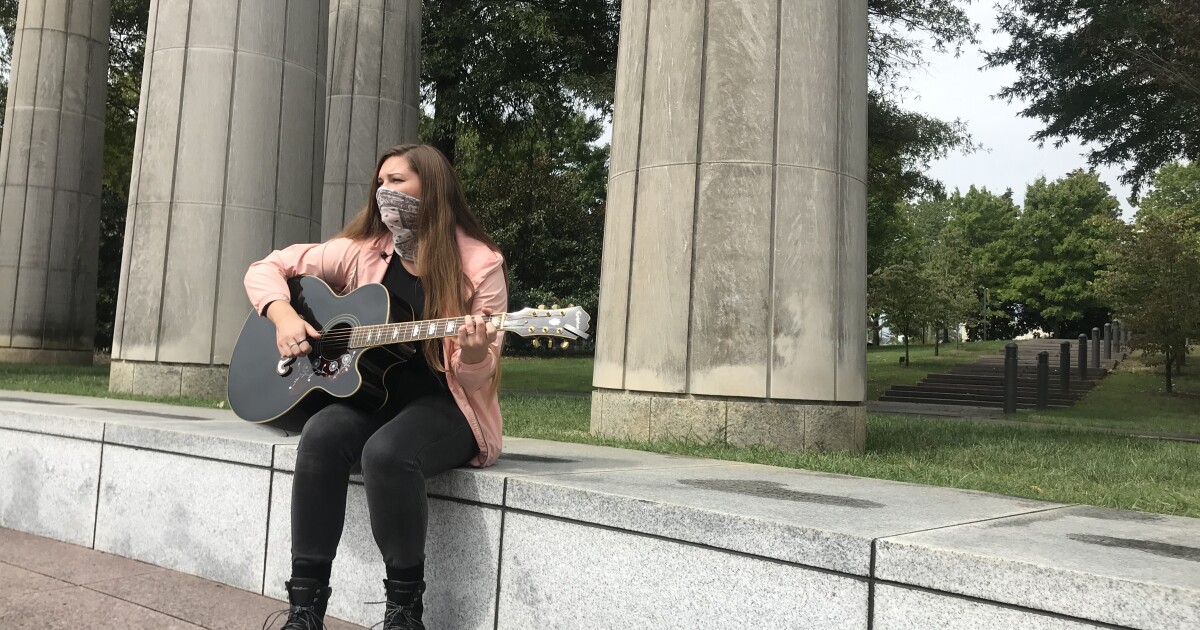 NASHVILLE, Tenn. (WTVF) — A local musician is sending a strong warning to other songwriters like her after a simple request for a birthday song turned out to be a scam.

Melissa Gardner, also known by Misy, frequently posts her performances on social media. After a recent video last week, she received a message on Instagram from a “Jerry Walters” asking if she could record an original birthday video for his five-year-old son Solomon. Messages Gardner obtained showed the elaborate details shared about the son, from his favorite television show to his favorite superhero character. To her he appeared legitimate.

As someone who became a professional musician one year ago and finding gigs online throughout the COVID-19 pandemic, Gardner thought she could make easy money while performing a kind gesture.

“He made it seem like he really wanted me to do this for his son. Having the kid situation involved is where I bought into it because I really love kids,” Gardner told NewsChannel 5.

They agreed he would pay $500 for the song, $200 upfront and the rest once the song was completed. The person sends her a check to her email that she transferred to her bank account. She later received another message from the same man saying claiming his “bank manager” accidentally sent her $2,000.

“And then he kind of intimated me saying how a person’s music says a lot about them and that he doesn’t think I would screw him over and to send him back the $1,500,” she explained. “I waited a couple of days for that check to clear and it was in my bank for a couple of days. But five days later the $2,000 came out of my account after I had sent him back $1,500.”

She sent back the $1,500 through Cash App, but the check eventually bounced five days later. Gardner claimed getting a refund for anything has been impossible. She turned to YouTube with a tearful plea warning others to avoid a similar situation.

“I feel so dumb and so ashamed. I’m like I cannot believe that this happened to me,” Gardner said in the video. “I just don’t want this to happen to anybody else.”

Since posting the video on Instagram and YouTube, Gardner received multiple messages from at least 10 different musicians in Nashville saying either were scammed by the same account or received similar request with nearly the same message over the last several months.

“If a person claims that sent you too much money then contact your bank and inform them of the overpayment and get their direction on how to proceed. They may advise that you wait until the pending transaction finalizes before proceeding. This will ensure that you actually received the funds. In addition, they are more likely to spot evidence of the scam to avoid becoming a victim,” Sgt. Michael Warren of the MNPD Fraud Unit suggested.

Warren advised not to refund any overpayment via alternative means, i.e. Cash App, PayPal, Venmo or gift cards. It creates separate transaction that will have no protection against the scam.

If you were sent a physical check that is more than the amount agreed upon, then insist that they issue another check for the correct amount. These checks could cause the person more issues than just losing money as they may be forwarding stolen funds and could be involved in a criminal enterprise.

“Google the people and businesses involved. Albeit, these people change the aliases often and they can’t operate faster than the internet and many people post about being scammed. You may find a post involving the same person and be able to avoid the whole situation,” Warren added.