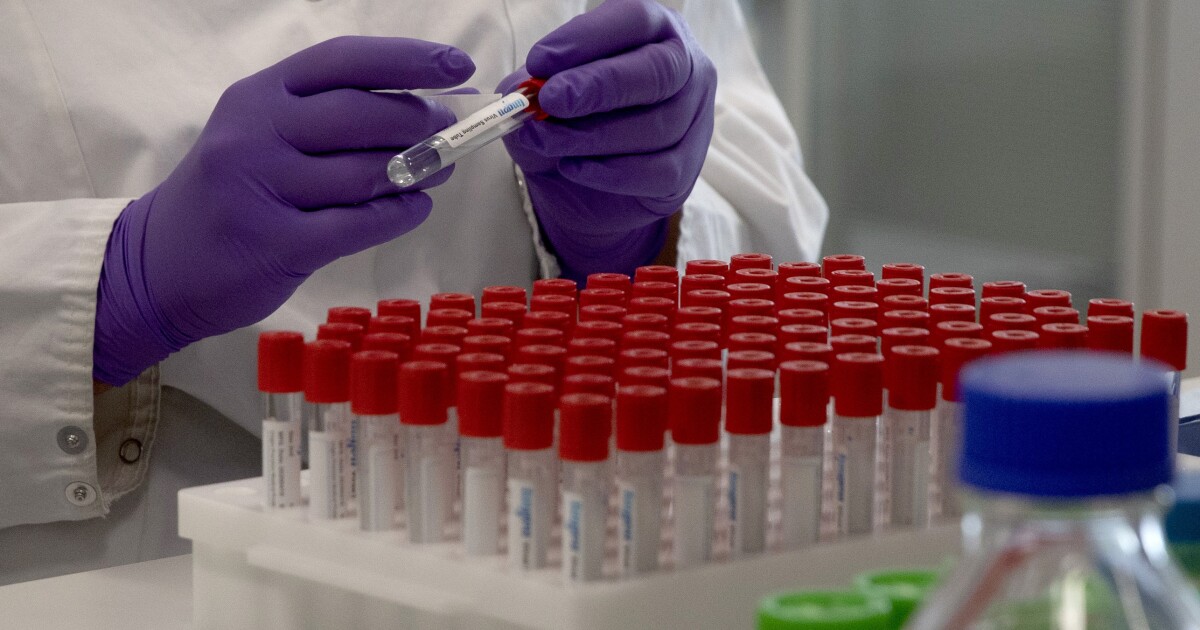 As the race for a COVID-19 vaccine intensifies, San Diego is set to take part in a massive international study of a vaccine developed by drugmaker Johnson & Johnson.

The international trial will enroll 60,000 participants across 34 U.S. states and 10 countries, from Mexico and Argentina to South Africa to the Philippines.

Local researchers aim to enroll 3,000 to 3,500 San Diegans. That includes 2,000 volunteers at UC San Diego and 1,000 to 1,500 at M3 Wake Research, an organization that provides clinical research facilities and services.

M3 Wake Research’s site is in the city of San Diego. UCSD’s will be in National City rather than its Hillcrest or La Jolla medical centers to make the trial accessible to South Bay communities that have been hit hard by the pandemic.

“I think it is critical that we expand the participation in these (vaccine) studies, all of them, to reflect the racial and ethnic diversity of the United States,” said Dr. Susan Little, director of the UCSD site.

The trial is open to healthy adults 18 and up, including those who have underlying conditions such as diabetes or heart disease but are in stable condition.

To be eligible, you can’t already have had COVID-19. If you were to vaccinate those who already had the disease, you’d never know if they were protected by their previous immune response or by the vaccine.

Half of the trial participants will get a single injection of the vaccine, while the other half get a saltwater placebo injection. Who gets the vaccine or placebo will be assigned at random.

Everyone will then be monitored for COVID-19 symptoms. The Food and Drug Administration has stated that any vaccine must prevent COVID-19 or reduce its severity in at least 50 percent of people to get emergency use authorization. Johnson & Johnson aims to show that its vaccine is 60 percent effective.

Results from this and other ongoing trials will be reviewed by an independent team of researchers not affiliated with the vaccine developer or the FDA. These boards can recommend that a study be stopped early if there’s clear evidence that a vaccine is safe and effective — or if there’s cause for concern.

That trial has since resumed in the U.K., though it is still paused in the U.S., in part because the FDA has asked for extensive documentation on exactly what happened, says Little.

“This should give people confidence that no safety steps are being skipped,” Little said. “The safety of vaccine study participants remains paramount.”

Public polling shows that many Americans believe the vaccine process has been polluted by politics, and with the November election looming, President Trump has said that he believes the nation is weeks away from having a vaccine.

In response to the controversy and confusion, several vaccine developers have openly shared their trial protocols. In Johnson & Johnson’s case, the independent monitoring board won’t even begin to look for signs the vaccine is safe and effective until half of all participants have been monitored for two months.

The trial launched Sept. 23, meaning even the earliest indications of vaccine efficacy won’t come until well after election day.

The company’s vaccine uses a harmless virus that has been tested in HIV, Zika and Ebola vaccine studies to carry instructions that teach the human body to target the surface of the novel coronavirus. Results released online from an early-stage study of the vaccine showed that it was safe overall, mostly causing a bit of soreness around the injection site, and triggered immune responses with the potential to block the coronavirus and target infected cells.