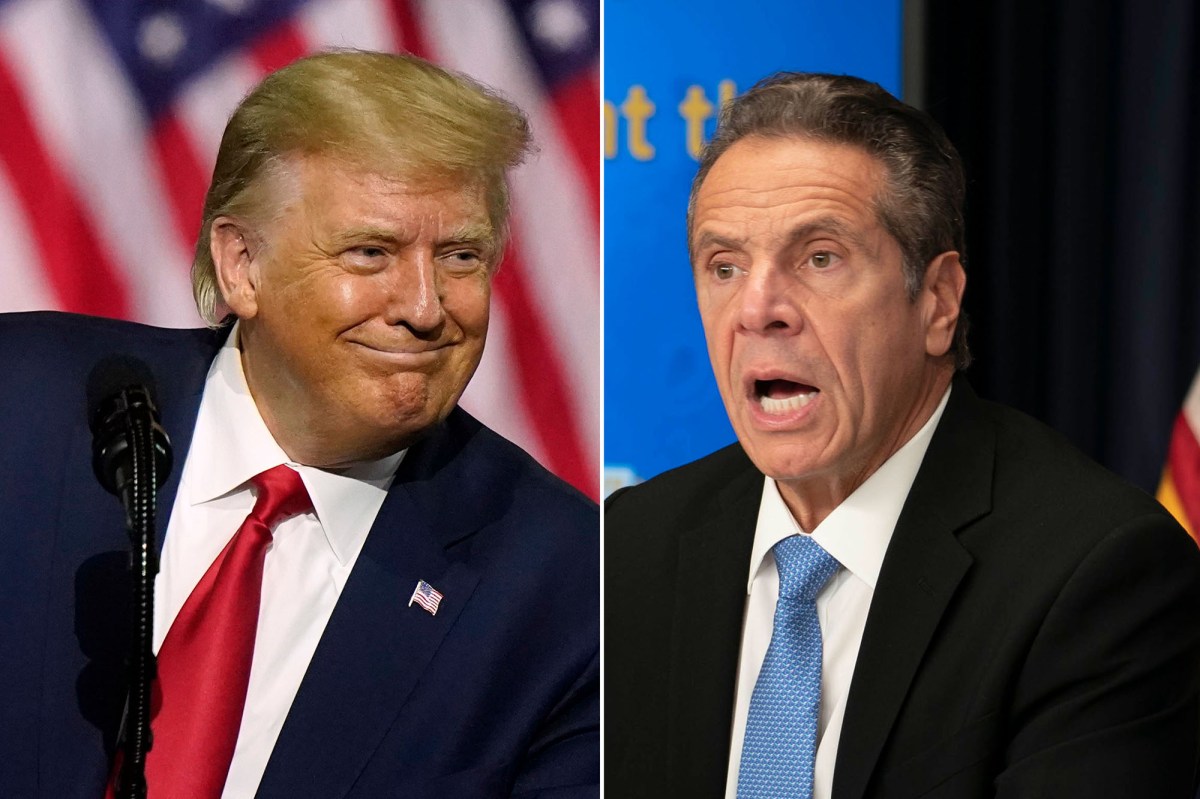 Andrew Cuomo accused President Trump of threatening New Yorkers after the governor said he planned to slow-roll a COVID-19 vaccine.

“Yeah that’s called a threat,” said Cuomo, who made a surprise call into “The Reid Out with Joy Reid” on MSNBC Friday night. “That’s called, ‘I will put New York at the end of the list.’ That’s what he’s trying to say. Look, I don’t trust the President and I don’t trust the FDA… They have lied about COVID from day one.”

Cuomo was responding to a Friday tweet from Trump, railing about the governor’s faith in the FDA. “Governor Andrew Cuomo of New York wants to put New York at the END of the Vaccine List in that he doesn’t trust the FDA or Federal Government, even though the Vaccines are being developed by the finest Labs in the World,” Trump wrote in a tweet.

“Wish he trusted us on Nursing Homes!” he went on, referring to the city’s tragic COVID-19 death toll in nursing homes under Cuomo’s leadership.

“The vaccine, he [Trump] said yesterday, that the FDA was being political in saying that they actually wanted to review the vaccine,” said Cuomo. “So yeah, the American people don’t trust the FDA. They shouldn’t. Trump has politicized this entire situation. He’s overridden health and science with politics.”