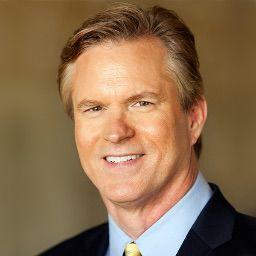 With the onset of the current pandemic, Texans of every ilk have joined forces in an attempt to defeat COVID-19.

As the year has progressed, it sometimes appeared the virus was winning as hundreds, and then thousands, of Texans were losing their lives.

Like metropolitan areas along the East Coast, local hospitals and city morgues were often overwhelmed with the bodies of the pandemic’s victims. The days became weeks … waiting for burial in overtaxed cemeteries or cremation in crematories that were running 24/7 in an attempt to meet demand.

As executive director of The Texas Funeral Directors Association, I’ve witnessed the men and women of Texas funeral service as they’ve comforted hundreds and then thousands of families, many of whom were not able to be present at the bedside of their dying loved one.

Our funeral directors are the invisible responders to every tragedy in our state and to out-of-state disasters like Oklahoma City and New York during 9/11.

This summer, funeral directors from around the state responded to the needs of directors in the Rio Grande Valley as the death toll along the Texas-Mexico border continues to climb.

Funeral homes in the Rio Grande Valley, accustomed to making four to six funeral arrangements a week, were making triple that amount on a daily basis.

Refrigerated vans, managed by association volunteers, were provided to hold bodies until burials and cremations could be carried out.

Using electronic technology to livestream services, Texas directors are making it possible for scores of mourners to virtually attend masses, rosaries, chapel services and final rites at gravesides, and directors are working overtime to create meaningful celebrations of lives cut short by a pandemic.

To the general public, funeral directors appear to be the men and women who wheel caskets into position for the funeral eulogy, shepherd mourners as they leave chapels and churches, drive hearses that carry caskets to their final resting places and who are the last ones to leave the cemetery after overseeing the closing of the grave.

But these legions of professionals do much more for the families they serve and the communities where they live.

Unknown to many, a majority of today’s funeral directors have been called to this special ministry. Their singular purpose is to make the darkest days and the most difficult journey for a family a little easier.

COVID-19 continues to ravage our communities. The U.S. death toll is close to 210,000. That translates to a funeral director somewhere in America answering calls from mourning families several times a day.

These funeral directors — the invisible responders — don’t ask for celebrity status. Over the past eight months, they’ve selflessly answered the call for their services and expertise in the wake of COVID-19’s carnage, always ready to serve.