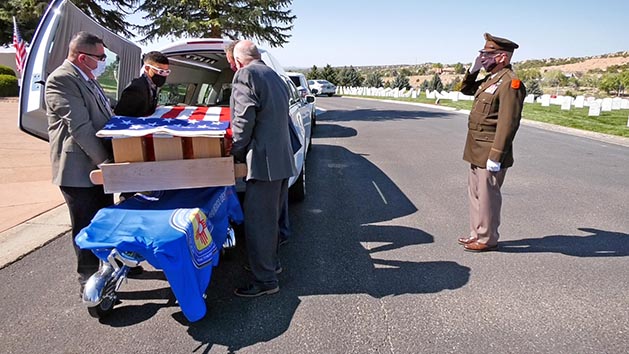 The cremated remains of 29 military veterans arrive today at the Santa Fe National Cemetery and were laid to rest with military honors in a special 2020 Forgotten Heroes Funeral. Courtesy/NMDVS 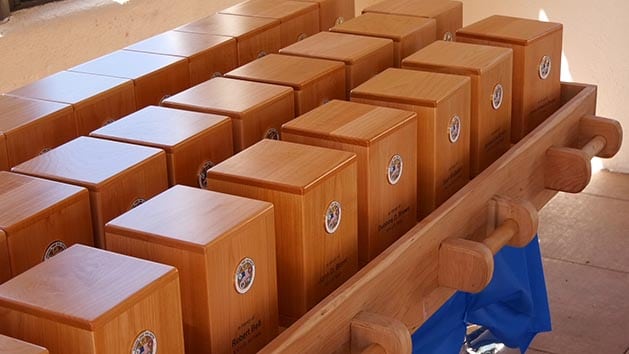 The cremated remains of 29 military veterans were laid to rest with military honors today at the Santa Fe National Cemetery in a special 2020 Forgotten Heroes Funeral. Courtesy/NMDVS

SANTA FE – The cremated remains of twenty-nine military veterans who, upon their deaths were unclaimed by family members, were laid to rest with military honors today at the Santa Fe National Cemetery in a special 2020 Forgotten Heroes Funeral.

The entire service was videotaped and will be posted next week on the DVS website. Gov. Michele Lujan Grisham delivered a videotaped eulogy, praising the fallen veterans for their sacrifice on behalf of all Americans.

“We are forced to host this ceremony virtually, but that should not diminish our effort to provide these veterans the ‘final salute’ they earned through their service to our country,” the Governor said. “This may be called the Forgotten Heroes Funeral, but these heroes, today, are not forgotten. May the souls of these 29 men rest now and forever in peace.”

Of the 29 veterans—all of them male—25 were from Bernalillo County, and four from Otero County. They were provided the formal military funeral through the Forgotten Heroes Burial Program.

This collaborative effort between the state and all 33 counties in New Mexico ensures that any honorably discharged deceased veteran whose body goes unclaimed by family members receives a military funeral at the Santa Fe National Cemetery.

The program was created in 2009 through an initial collaboration with Bernalillo County, which sought assistance to help lay to rest—with honor—the cremated remains of its unclaimed deceased veterans. It was the first state-led collaborative effort in the nation to ensure that unclaimed deceased honorably discharged veterans receive a military funeral.

Interred with full military honors at today’s funeral were 25 veterans from Bernalillo County:

Today’s funeral featured a flag-fold ceremony and 21-Rifle Volley performed by the New Mexico National Guard Honor Guard. Adjutant General Nava presented the folded American Flag used in the service to DVS Secretary Griego, who accepted it on behalf of Gov. Lujan Grisham and the citizens of New Mexico. 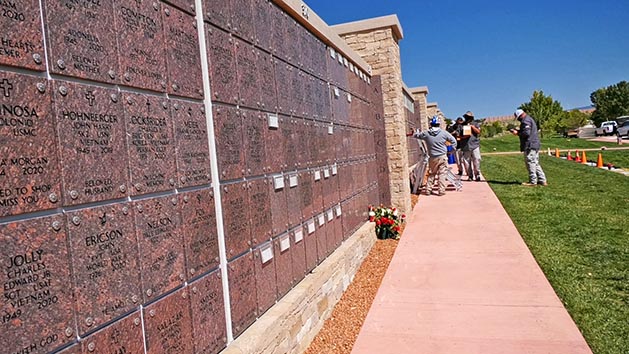 The cremated remains of 29 military veterans are placed in the columbarium today at the Santa Fe National Cemetery following a special 2020 Forgotten Heroes Funeral. Courtesy/NMDVS