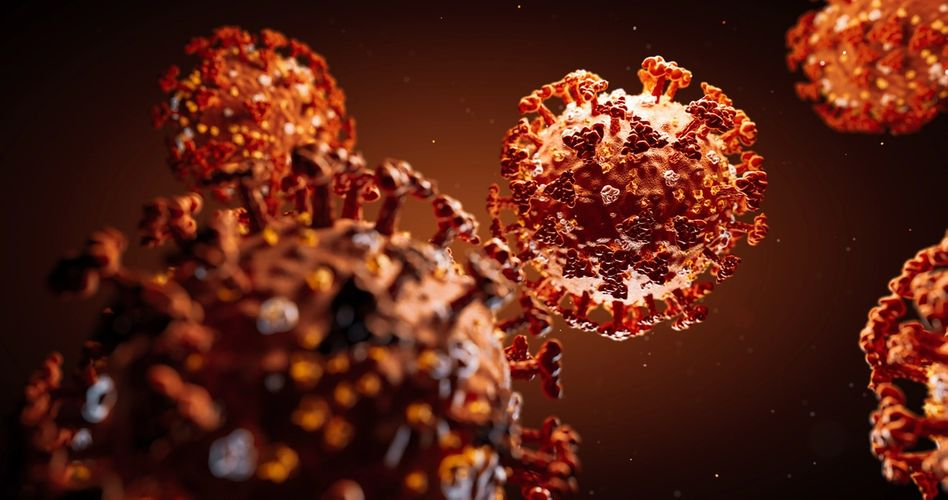 The 3 experts discussed 9 different myths, why some of them came about, and what the science says.

Myth #1: SARS-CoV-2, the virus that causes COVID-19 is totally airborne.

According to Rasmussen, the word “airborne” is a little misleading, because it makes people think that the virus is in the air ducts of a building and could travel long distances to infect people in other rooms or on other floors.

This virus does not appear to be particularly transmissible in that way,” she said. “This virus is most transmissible by inhaling short range, air aerosol particles or respiratory droplets.”

The way the virus is mostly transmitted is by inhaling short range particles or droplets from being in the same room with another person for a long time and breathing the same air, she clarified.

“So yes, the virus is airborne,” Rasmussen said. “But no, it’s not airborne in the sense that if one person walks into your building or your workplace, everybody’s suddenly going to get infected.”

Ricotta added that studies have shown people have become infected after being in close contact, but not necessarily right next to someone who was infected. For instance, a few feet away at another table in a restaurant. However, the primary way people get infected is through prolonged contact. Someone who is a front-line health care worker is at a high risk of getting infected, but someone who just walks into a room where someone else has COVID-19 is not automatically going to get the disease.

The word “airborne” could mean different things to different people, and it may not be clearly understood, she said.

“We, as scientists, need to be maybe a little clearer in the way that we’re communicating this to everybody,” Ricotta said. “And I think that’s where some of the confusion has come in.”

Myth #2: Herd immunity is achievable through natural infection and is right around the corner.

Currently, about 22% of the population has been infection, maybe 225% in the most heavily affected areas, which is nowhere near the threshold for herd immunity, Rasmussen added. Given that, vaccination is the best way to reach herd immunity.

“Globally, we’ve never managed to achieve herd immunity through natural infection for any pathogen,” she noted. Some local populations have gained herd immunity; for instance, there is the thought that herd immunity in the Americas has kept the Zika virus from circulating. “However, that doesn’t provide long lasting immunity that will keep it out of the global population indefinitely.”

Data tells a story that needs to be interpreted, but you can’t look at just one thing, Ricotta said. Just looking at number of deaths or number of hospitalizations won’t tell the whole story. If 3000 people are hospitalized, it makes a difference whether they were in a town of 5000 or a city of a few million.

Data is tricky and especially so when dealing with a new pathogen, she said. And there is something called “garbage in, garbage out,” which is that if bad data is put into a model, then the model will not be very helpful. Some of the factors affecting data quality are the source and the consistency of data reporting—there can be delays as recording is batched and sent all at once.

Models can be very useful, even if they’re not right, Rasmussen said. It has been a challenge to communicate with the public about how models should be used and interpreted. When a model predicts a certain number of deaths by a specific month and the number is off when we reach that month, there can be an outcry, she explained. And the result may be that people question why they should believe anything forecasted.

“The reality is, none of these models are crystal balls; they can’t predict the future,” Rasmussen said. As new data become available, the models change and are updated. “So, people just need to understand models in the context of what they are. They’re not a roadmap to a certain future. They’re an indication of what might happen if certain conditions are met.”

Ricotta added that while people need to be careful when interpreting the models, this has been a very exciting time for data because of all the collaboration.

Myth #4: There is no asymptomatic transmission.

“For many people, they might not recognize that they, in fact, do have symptoms of COVID-19,” she said, because maybe they have diarrhea but no cough, and they don’t realize that is still a symptom of the virus.

However, it is known that there is “a substantial amount of transmission from pre-symptomatic people,” Rasmussen said. The fact that people are infectious before they develop symptoms has been a key challenge with controlling the spread of COVID-19.

At this point, it isn’t possible to know without the results of the ongoing clinical trials, Rasmussen said.

“I assume that with 160 vaccine candidates plus in the pipeline, that at least one of them, and probably more of them, many more of them, will have an acceptable safety profile for use and will be in fact safe and effective,” Rasmussen said.

The point of having phase 1, phase 2, and phase 3 trials is to monitor the safety of vaccines, and then there is postmarket evaluations, Ricotta added. As long as the safety data looks good in a trial, a vaccine will get approved for the public, but the vaccine continues to be watched in the long-term once it is out in the public.

Every vaccine confers a little bit of risk, she pointed out. Even with the flu vaccine, it hurts your arm, maybe you get tired or a little fever. These side effects are just your body responding to the vaccine, and they are considered “acceptable risks” compared with getting the actual disease.

“Vaccines appear to be relatively safe for COVID,” Ricotta said. “You know, it’s going to make sense to get it because we know that COVID itself is very, very bad.”

Young people can get sick, Ricotta said bluntly, noting that the CDC put out a report showing that from March to August, the number of cases in people under the age of 20 have doubled and there is a clear shift from older individuals getting sick to young individuals.

In addition, young people tend to have fewer symptoms, which is why they might not be as hospitalized. Not only can they get sick, but younger people can transmit COVID-19.

Waning antibodies is consistent with what is already known about the immune system. It remains an active area of research to understand at what pint antibodies have waned so much that someone no longer has functional immunity, Rasmussen explained.

The timing of the test is also important, Ricotta said. If someone is tested too soon, they’ll be antibody negative because their body hasn’t had the time to get the antibody going. Further, it isn’t clear whether or not if someone who has immunity and gets reinfected is infectious to others or if they just get fewer symptoms the second time.

“So, there’s a lot that we really need to understand with the antibody and immune system,” both at an individual level and at a population level, Ricotta said. “What that means epidemiologically for transmission as a whole and, you know, [the] potential for a second wave or for this virus becoming endemic cancer circulating every year.”

Myth #8: Hydroxychloroquine is a miracle drug.

“It might be a miracle drug if you have lupus or rheumatoid arthritis” or if you get infected with malaria, Rasmussen said, referring to diseases in which the drug is approved for treatment. Otherwise the evidence does not show that hydroxychloroquine, either by itself or in combination with another treatment, has any measurable clinical benefit in COVID-19.

Ricotta speculated that the reason this myth got started was because when COVID-19 hit China, the Northern Hemisphere was still in flu season, and there are a lot of concerns about the flu and whether or not people are getting their flu vaccine.

However, when COVID-19 arrived in North America and more was learned about the virus, it became clear that it was different: there are different symptoms and the mortality rate is higher, she explained.

“Comparing the flu to COVID is sort of an unfair comparison,” she said. “It’s kind of like comparing apples to oranges.”

As we enter another flu season, it’s important to differentiate COVID from the flu because it’s still important that people get their flu vaccine. While they are both respiratory viruses, they are fundamentally different from a virology perspective, Rasmussen explained.