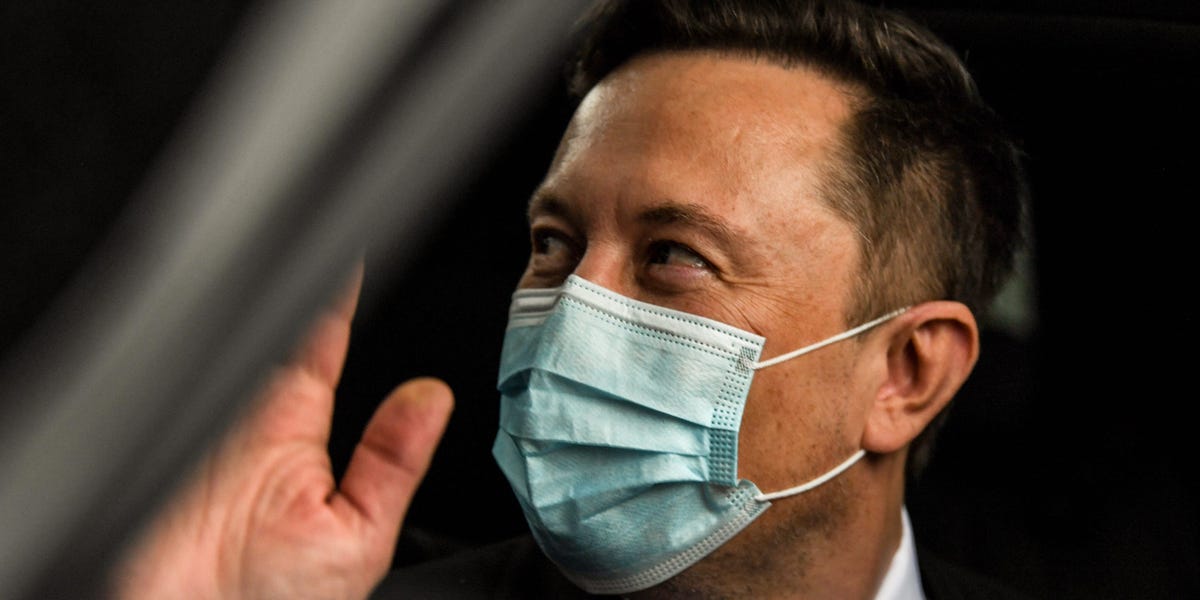 Elon Musk says he and his family won’t get a coronavirus vaccine when they become available.

Musk discussed his feelings about the virus on an episode of “Sway,” a podcast hosted by The New York Times’ Kara Swisher, published Monday. During their conversation, Swisher asked the Tesla CEO whether he or his family would get a COVID-19 vaccine once one becomes available. to which Musk said that he wouldn’t because he was “not at risk for COVID, nor are my kids.”

There is no evidence Musk and his family are any less susceptible to the highly contagious virus that has so far killed more than 200,000 Americans of all ages.

Swisher also brought up his response to the lockdowns earlier this year. Musk has said he opposed the lockdowns and that they did not “serve the greater good.”

“Essentially, the right thing to do would be to not have done a lockdown for the whole country but to have, I think, anyone who’s at risk should be quarantined until the storm passes,” said Musk, who predicted in March that there would be “close to zero new cases” by the end of April.

Musk has made similar statements in the past, including in a July interview with The New York Times. He has falsely claimed that children and young people are not at risk when it comes to COVID-19, despite evidence of young people becoming seriously ill and even dying from the disease. Musk has also ignored data that shows that a significant portion of those affected with the virus are asymptomatic.

Still, Musk’s apprehension about getting a coronavirus vaccine mirror the sentiment of about a third of Americans. A recent Ipsos MORI poll found that 33% of US respondents said they wouldn’t get a vaccine as soon as one becomes available, citing concerns over side effects, though 20% of those respondents said they were opposed to vaccines in general.

There are currently dozens of vaccines currently in the works, with 32 that are already in human testing. But policymakers are now trying to determine how to prioritize who should receive a vaccine first when it does become available. Moncef Slaoui, chief adviser of Operation Warp Speed — the Trump administration’s initiative to accelerate the creation of a coronavirus vaccine — recently told Business Insider’s Andrew Dunn that a vaccine most likely won’t be widely available to Americans until April, May, or June of 2021.

Musk has been uniquely outspoken about the coronavirus outbreak since the outset, initially calling it “dumb” and a “panic,” promoting the untested malaria drug hydroxychloroquine as as potential treatment for the virus, and questioning data around coronavirus deaths. In March, Musk said that Musk was also vehemently opposed to California’s stay-at-home orders to help prevent the spread of the virus, describing the lockdowns as “forcible imprisoning” and “fascist.”

When Alameda County in California, where one of Tesla’s factories is based, refused to allow the company to resume production, Musk restarted production and said he was willing to be arrested. (Tesla was eventually allowed to restart its operations.) During his conversation with Swisher, he called the county “overzealous” and said its response was “a travesty.”

Lockdowns have been proven to save lives and slow the spread of the virus. Research has shown that coronavirus lockdowns in the US helped prevent as many as 60 million infections from March 3 to April 6. A study in Health Affairs published in July found that US stay-at-home orders may have prevented between 250,000 and 370,000 deaths between March and May.