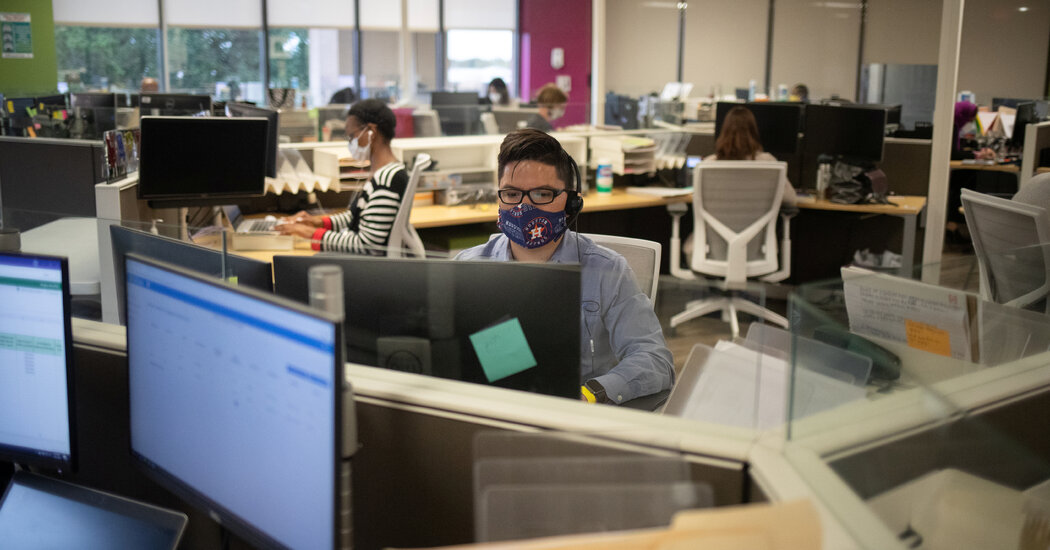 A wariness of spam calls and phishing scams has stymied coronavirus contact-tracing efforts around the country to the extent that elected leaders are pleading with their constituents to pick up their phones.

The mayor of the District of Columbia even channeled Lionel Richie in an attempt to get people to listen.

“Hello? Yes, it’s you we’re looking for,” Mayor Muriel Bowser told Washingtonians. “Contact tracing is a critical tool in getting our city back on its feet. Answer the call.”

Gov. Mike DeWine of Ohio urged residents of his state to “answer the call!”

Both of their pleas, sent in tweets, told residents that callers tracing contacts to combat the coronavirus pandemic would not ask them about sensitive information like Social Security numbers or bank accounts, equipping people to discern public health workers from scammers.

But most people don’t wait long enough to hear the voice on the other end.

And they have good reason to be wary: Americans received 58.5 billion automated calls, often referred to as robocalls, in 2019, according to YouMail, which provides software that blocks such calls.

The nation’s capital received the most robocalls per person last year, according to YouMail: The average person in Washington was barraged with 599 calls in 2019.

Carolyn Cannuscio, an associate professor of family medicine and community health at the University of Pennsylvania, said that while contact tracing could still be effective without a 100 percent response rate, “the process depends upon active engagement of the public.”

Volunteers at the university have been tracing contacts since April, Dr. Cannuscio said, in conjunction with the Philadelphia Health Department. Calls from the team show as “Penn Medicine,” she said, and around 75 percent of people who are called by the contact tracers answer the phone.

“That’s far better than what many municipalities are reporting,” Dr. Cannuscio said.

Tracers in Louisiana were able to reach 66 percent of identified cases from May 15 to Sept. 24, Alyson Neel, a spokeswoman for the state’s health department, said in an email. Of the people they reached, more than 94 percent agreed to be interviewed.

The rejection faced by many contact tracers has led state health departments to find alternative ways to reach out to people who were possibly infected: In Louisiana, people who weren’t reached by phone received letters in the mail.

In the District of Columbia, calls appear as “DC COVID 19 Team,” the district’s health department said in a statement. But even with a clear caller ID, some Washingtonians were skittish, prompting the department to visit them in person.

And in Florida, cautious people might not be to blame: Some phone calls from contact tracers this summer were flagged by phone companies as spam, The Sun Sentinel reported.

Maximus, a company contracted by the state to do contact tracing, declined to identify the companies but said in an email on Monday that the issue had been resolved and that its calls were not currently being incorrectly flagged to residents as spam.

Contact tracing, which health experts have promoted as one of the most effective ways to control outbreaks of the coronavirus, involves identifying people with whom a person confirmed to be infected with the virus might have come in contact.

In Louisiana, more than 26,000 of the people contact tracers spoke with between May 15 and Sept. 24 provided them with leads to 39,390 people whom they could have infected.

Contact tracing allows health and government officials to understand more precisely where cases in their community are and how they are spreading so that they can contain clusters before they become outbreaks.

“If we can break chains of transmission and slow this down,” Dr. Cannuscio said, “we can buy ourselves time” before a vaccine is approved and distributed.

The higher the rates of response, she said, “the sooner we’ll be able to get back to life as we want to live it.”