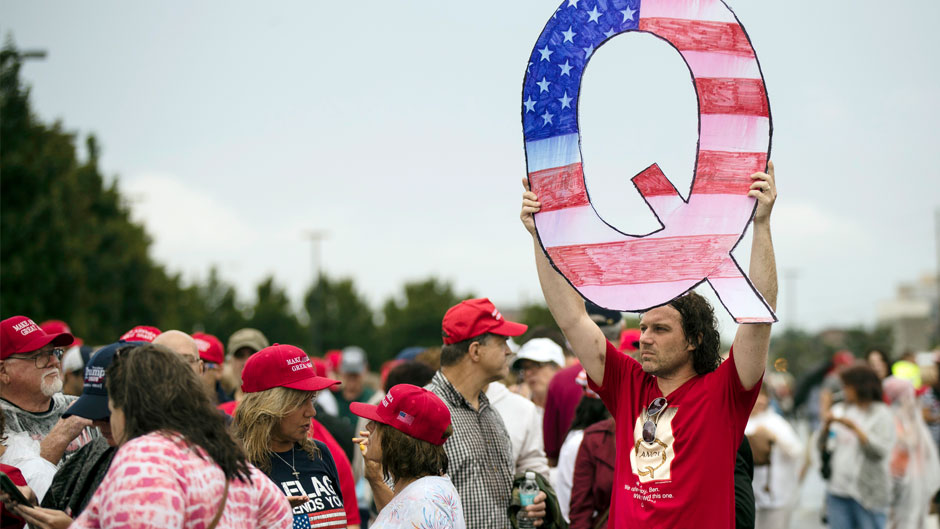 A University of Miami political scientist and expert on the subject explains why there is an escalation of suppositions.


When Antony and Cleopatra walked the cobbled floors of ancient Alexandria, conspiracy theorists surrounded them.

That is how old conspiracy theories are, said Joseph Uscinski, associate professor of political science at the University of Miami, who has been studying these theories for the past 10 years.

People who believe in these theories differ in gender, race, and ethnicity. But polls have shown that richer, more educated people tend to believe less of them.

“They walk among us,” Uscinski said, talking about people who believe in these theories.

In an election year, especially, conspiracy theories have become a part of the news cycle. These headlines are fueled by like-minded groups in mainstream media and social media and a political climate that encourages the propagation of false information, said Uscinski.

The following are a few of the most salient theories that are getting attention.

Two very similar ideas, they purport that government elites are running a pedophile sex trafficking ring and that they eat children for magical powers. This has been a theory for the past two years.

“Luckily there are only a few people who buy into this,” said Uscinski, who ran a poll in June with political science professors Casey Klofstad and Justin Stoler of 1,000 people nationwide. The number of people who believed in these two theories was 5 percent.

“Conspiracy theories are potentially dangerous because when people act on beliefs that are not tethered to reality, then their behavior can be potentially dangerous,” said Uscinski. Such was the case four years ago when a man named Edgar Maddison Welch entered a pizza place in Washington, D.C., armed with a shotgun and a revolver ready to put away members of Pizzagate. He did not find what he was looking for: abducted children. He was arrested.

On Tuesday, Facebook banned all accounts linked to QAnon conspiracy theories from its platforms.

The most prevalent suppositions are that the novel coronavirus is exaggerated specifically to hurt President Donald Trump. Thirty percent of people believe this, according to the poll.

About one in three Americans believe another take on the same theory. It states that COVID-19 was created and spread as a bioweapon to hurt people.

“This is dangerous because people who believed this were overstocking on essential goods such as food and toilet paper,” said Uscinski. “If you think someone is trying to kill you with a bioweapon then you are going to overstock with goods so you can hunker down.”

Uscinski’s poll showed that there are a good number of people (about 30 percent) who will not take the COVID-19 vaccine when it becomes available.

Conspiracy theorists tend to have firm anti-medicine views, and many believe that the government, the deep state, or doctors and pharmaceutical companies are all hiding critical information from them, according to Uscinski.

The belief that the election will be rigged in some form and the results will not be valid is something Trump has continued to state, and his comments have given fuel to this theory.

“The integrity of this upcoming election has become an election issue and that is not normal in this country,”  Uscinski pointed out. Once someone believes in a conspiracy theory, it is almost impossible to change their minds, he added.

“People have their beliefs and these beliefs are stable,” said Uscinski.