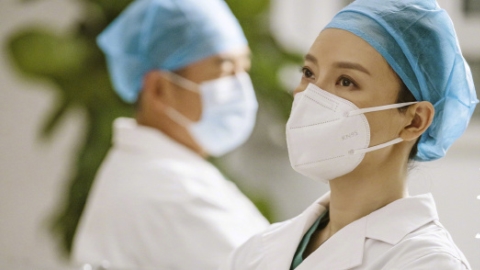 The first Chinese TV drama focusing on China’s fight against the COVID-19 pandemic, “Heroes in Harm’s Way”, made its debut on the TV screen of Britons on Monday.

The TV series, produced by China Media Group, has drawn a huge public response since its premiere in China. Within a week after the first release, China International Television Corporation (CITVC) launched the English version of the TV drama, which has thereafter been scheduled to air on Monday on Sky TV channel 192.

“Heroes in Harm’s Way” features the ordinary people who help fight COVID-19 during the outbreak in China, telling the stories of people sacrificing themselves for the greater good in the face of epidemic crisis.

The release of the TV drama in China has received warm welcome and attracted attention of people in varies folks, getting a majority of optimistic feedback. The main topic and its subtopics on the Chinese social media platform Weibo have been separately read through total up to 2.9 billions and 8 billions more, which pops up onto the hot list 17 times.

It also has drawn positive feedback and comments from international audiences across the world. Among which a viewer from the Middle East region said it illustrates the Chinese saying of “unity is strength”, while another from Spain said that it’s touching to see community workers going out door to door to take the temperature for residents, “which is an important lesson for our life, as the pandemic has changed all of us”.

In addition to the English version, “Heroes in Harm’s Way” is also available in multiple languages as it is then set for release in Italy, Argentina, Salvador, South Africa, Russia, Japan, Indonesia, Cambodia, Thailand, Vietnam, Laos, Myanmar and Nepal, among other countries.

At present, the TV series have been launched on a number of new media platforms, namely YouTube, Facebook, OnDemandChina & iTalkBB (North America) and TV2Z (the Netherlands).