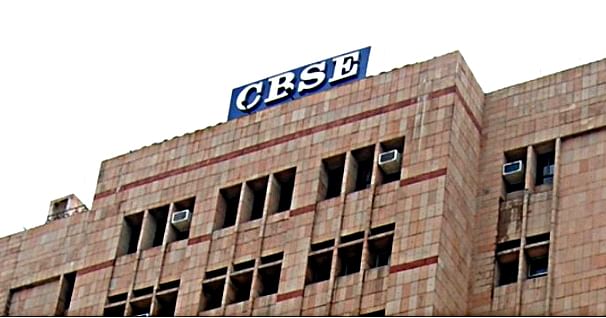 The Central Bureau of Investigation (CBI) on Friday said that it has filed a case against then Joint Secretary, two Assistant Secretaries, and one more official of the Central Board of Secondary Education (CBSE) on charges of alleged irregularities in recruitment.

CBI officials said that the case was registered against four former officers of CBSE on charges of misusing their official position, circumventing reservation provisions, and using forged and fake documents to get jobs in the CBSE. One of the accused is also charged with paying a consultant Rs 26.92 lakh for which no contract document could be located.

According to the FIR, Rana is accused of appointing Rani and Shikha Tomar, who belong to the Jat community, between 2012 and 2014 under the OBC quota though the community was not eligible for reservation at that time.

The FIR alleged that Rana facilitated the selection of Shikha Tomar, the daughter-in-law of his brother, as Assistant Secretary on the basis of a fake and invalid experience certificate.

The FIR also charges Rana with allowing overpayment of Rs 26.92 lakh to KPMG for its outsourced services for processing of an application for affiliation and upgradation of schools.

“During enquiry, the CBSE was not able to provide the original file for the payments,” it said.

The case was registered after a preliminary inquiry by the CBI revealed that Rana made repeated recommendations for Rani’s appointment in 2012. “Rani was selected under the OBC category despite the fact that she was not a bonafide OBC candidate,” the FIR said adding that the government had included the ‘Jat’ community in the OBC list only in March 2014.

“At the time of the interview, Rana was holding the charge of Joint Secretary (Administration and Legal), CBSE under whose supervision, the selection was made. Rana further facilitated Rani by approving the request made by her for not verifying her credentials i.e. caste certificate, experience certificate, etc,” the FIR said.

Rani was dismissed from service on January 31 this year.

The CBI FIR also alleged that Shikha Tomar was appointed as Assistant Secretary in 2013 on the basis of a fake experience certificate issued from Ozark Global Information Services (OGIS), whose Director Atul Goel said that she never worked with the organisation and the certificate issued to her is a forged one.

A charge sheet dated November 12, 2018 for major penalty proceedings has been issued by the CBSE but she has not joined duty for long and not responding to the CBSE’s correspondence.

Meanwhile, Ruchin Tomar is accused of producing a forged and fake degree certificate and mark sheets of Bachelor of Engineering in 2014 to land a job in the CBSE. He was also terminated from the job after he did not provide the original mark sheets.