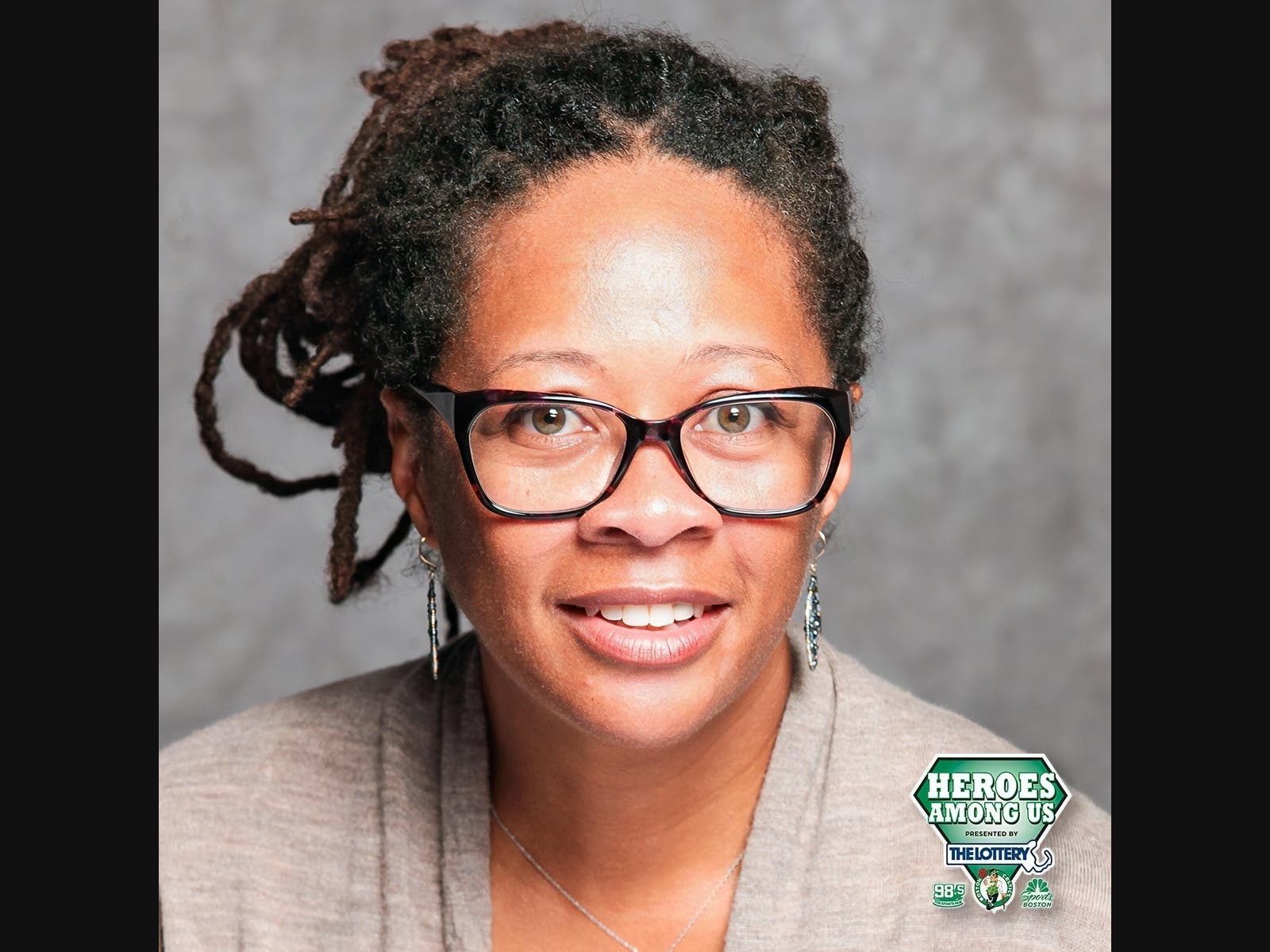 Bryant, who is the only doctor in the commonwealth to have made the list, works at Boston Medical Center, treating coronavirus patients three days a week, and at Boston University as an educator. She is teaching her students how to work with patients who live in crowded conditions without the financial ability to follow protocols.

That her name made the list baffled her a bit.

“I’m just really proud of BMC, and how we got ready for our first [coronavirus] surge,” she told Patch recently. “It’s not me. I’m just representing my folks at Boston Medical Center.”

She said she considered the honor more a team award, pointing to the work her colleagues have done at the hospital.

“I’m not doing anything different from my colleagues,” she said.

Bryant, 46, is a mother of two children who attend the Lincoln School near Brookline Village. It’s a neighborhood she loves and said she feels part of an inclusive neighborhood. The Kansas native attended a historically Black college in New Orleans, and then medical school in Pennsylvania where she met her husband. The two moved to the Boston area after he graduated from pediatric residency. While he was working at Children’s, she worked at Lehey hospital in Burlington for 13 years before joining Boston Medical Center.

At Boston Medical Center, she said she’s seen the first-hand impact of treating more than just symptoms and working to help impact the lives of patients, even those coming to the emergency room.

Byrant said that also extends to addressing systemic racism every day in the hospital: Many of the Black and Brown patients she sees in the emergency department come from a low-income homes, have poor access to healthy food and don’t have time to see a primary care physician because they’re busy holding down multiple jobs. She said she often sees people coming in with complications to diabetes, high blood pressure and kidney problems because they waited too long.

Bryant said staff learned a man who came in for treatment for a traumatic event hadn’t finished high school. She and staff there realized that in order for him to get out of his situation, he needed to get his GED. So they connected him with resources to do just that.

He went on to not only get his GED, but to go on to college and then get his MBA.

“These are the types of things that really help our patients get healthier,” Bryant said.

“Instead of just helping the patients, we work to help them thrive,” she said quoting one of her mentors. an emergency medicine doctor. “With that mission of just trying to see what we can do in their lives we make a lasting difference.”

Another recent example of the kind of work at the hospital that makes her proud is a project that helps get patients into detox.

Just before the pandemic hit a man came into her department looking to go into detox. Rather than sending him off and forgetting about him, staff worked to understand what was going on that lead him to that point. He told them he’d been stressed because he had a baby on the way, but just out of jail he also didn’t have a job. So, he had turned to drinking.

Knowing that 1 in 3 Black men end up going to jail and then often cannot find a job, staff called councilors from the project who were able to connect him with resources to get a job.

“That was so powerful,” Bryant said.

And that special attention to the whole patient is what makes her love working with her colleagues.

Got a tip? Patch reporter Jenna Fisher can be reached at Jenna.Fisher@patch.com or by calling 617-942-0474. Follow her on Twitter and Instagram (@ReporterJenna). Have a press release you’d like posted on the Patch? Here’s how to post a press release, a column, event or opinion piece.