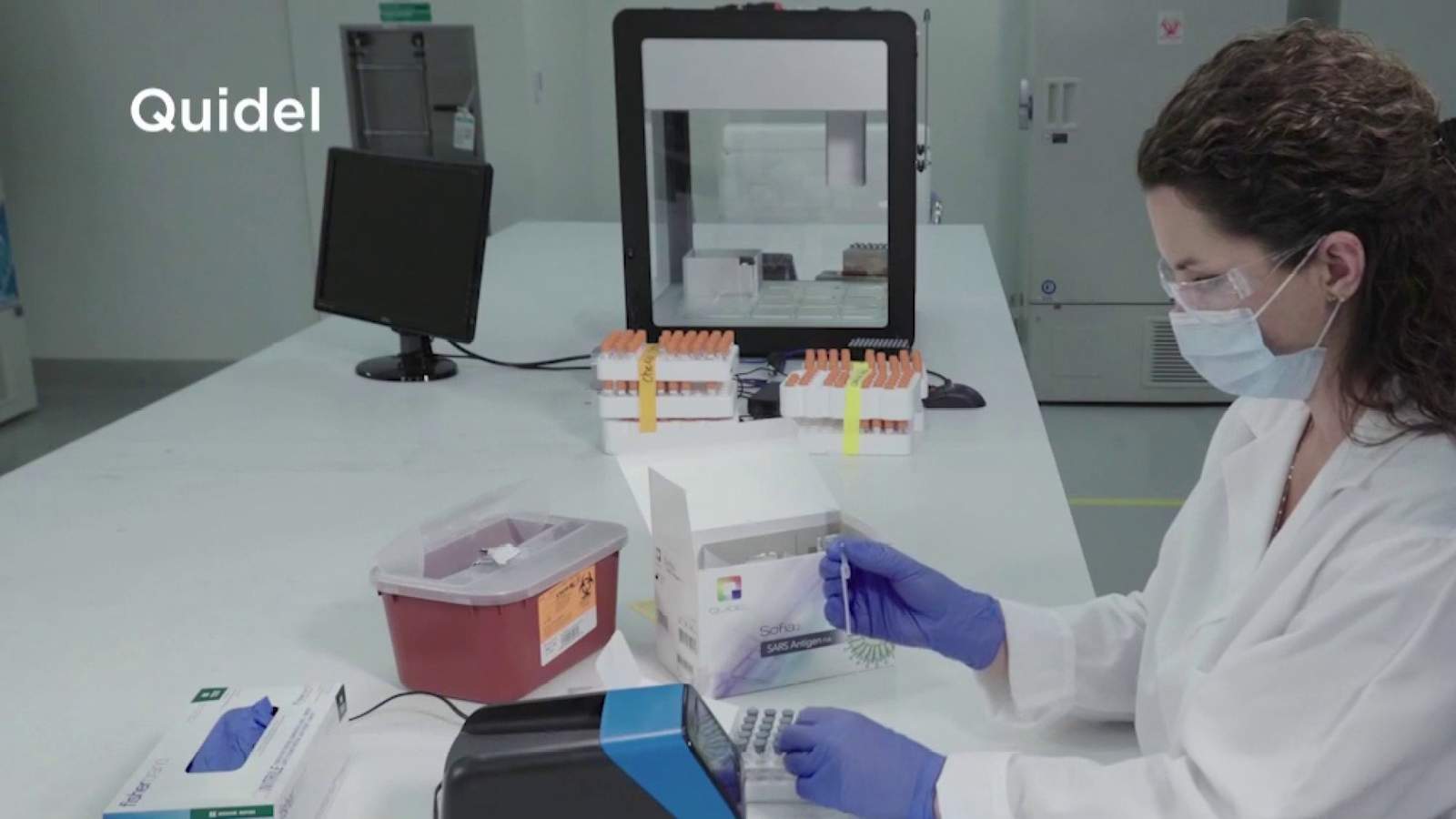 SAN ANTONIO – The San Antonio Metropolitan Health District will begin on Thursday to include all positive rapid COVID-19 test results in its case tally and contact tracing efforts after previously leaving out some people without symptoms.

People with positive results from the antigen tests have previously been labeled as “probable” cases in the city’s tallies, but only if they also have symptoms or a known close contact. About 100 asymptomatic people with a positive antigen test result have been left off of the Metro Health tally in the past two months, and the city did not conduct contact tracing for their results.

Speaking at the Thursday nightly briefing, Metro Health Chief of Epidemiology Rita Espinoza said the asymptomatic cases will now also be listed as “probable” cases in the city’s COVID-19 statistics.

Assistant City Manager Colleen Bridger told KSAT the previous practice had been based on what officially defines a case.

“There was a little bit of bureaucracy surrounding that because the state’s case definition required that the test that we use be FDA-approved, which antigen tests are not FDA-approved for people without symptoms,” Bridger said.

Even without symptoms, Bridger said, someone with a positive antigen test results would still be recorded a “probable case” if they had a known close contact. Without one, though, they weren’t recorded as a case, and no contact tracing efforts were conducted.

“Because you don’t do contact tracing on people who aren’t cases,” Bridger said.

However, Bridger said Metro Health was changing its approach based on a report she received from a contact tracing work group on Monday morning. The group recommended all antigen positive lab reports be counted as “probable” cases and investigated the same.

Bridger said this was the first time she had received anything official from Metro Health’s advisors.

“So this is a group that we’ve asked to help us. And when they gave me all of the information that they had compiled, it was compelling,” Bridger said.

Unlike the slower PCR tests used by the city, which require a laboratory, the antigen tests can provide results in 15 minutes by detecting proteins found on or within the virus and are often used at urgent care clinics.

PCR tests, which detect genetic material from the coronavirus, are still considered the “gold standard” for COVID-19 tests. A positive result from one of these tests is enough to consider a case “confirmed,” under state definitions, compared to the “probable” label that positive antigen test results get.

Dr. David Gude, the chief medical officer of the urgent care clinic chain Texas MedClinic, which has performed about 135,000 rapid tests in its 19 clinics — 13 of which are in Bexar County — said that while there is a chance of false negatives with the antigen tests, they have a high specificity.

“That means that you can count on a positive test being positive,” Gude said. “You don’t have to worry about it being a false positive because the specificity is almost 100%.”

Bridger said while she used to consider antigen tests positive results to be very accurate, she isn’t as sure anymore, citing as an example a Wednesday article in the New York Times about Nevada halting the use of rapid tests in nursing homes because of inaccurate results.

In an Oct. 2 bulletin, top officials at the Nevada Department of Health and Human Services said that out of 39 positive antigen test results, only 16 (40%) were confirmed by PCR testing. The other 60% were considered false positives.